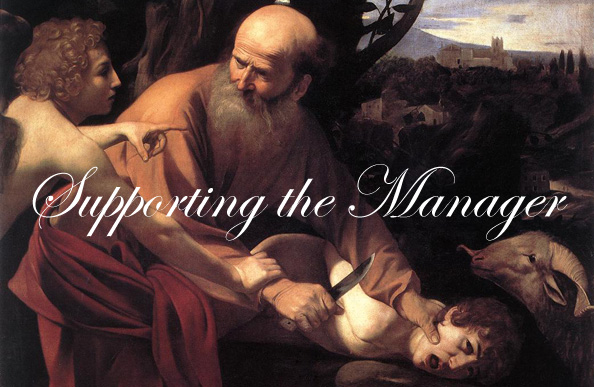 **This post was written by frequent commenter Noel, who took me up on the offer I made about a month ago for readers to submit anything they'd like to have run as a post. A handful of others have contacted me about it, but this was the first piece actually submitted.

And it's pretty outstanding. Written prior to yesterday's farce, and likely even more relevant after the loss, it's a fantastic take on how things have unfolded in the opening weeks and months.**

"I'll try to change myself, but I will never be a player who offloads the ball at every opportunity."

With that line the Danish press helped launch another 24 hours of teeth gnashing and hand wringing amongst those who follow Liverpool before Agger popped up between transfer rumors and kit ads on the official site to dial things back a notch or two. The claim of newspapers formulating more suggestive, incendiary questions to go along with Agger's actual answers, thereby changing the context, seems mildly unusual only because following some quarters of the English media as they follow football gets one used to yarns spun out of whole cloth. Either way, though, his answers seemed a spur for reflection.

For a time between the original reports and his correction, any thread of hope spun by signs of a fighting spirit and tactical flexibility in the United match were gone as quickly as they had come. Not that such hope had ever had much weight to it, created in large part by lowered expectations and the reality of a situation where winning--in any grand sense--would be virtually impossible for any manager, let alone one for whom doubts still existed as to his ability to preform at the top levels of European football. If one were to step back and consider that they were attempting to extract positives from the display of mere signs of life against their arch rivals there would likely only be one more reason to drink to excess. After all, moral victories against Mister Ferguson and his charges are hardly the stuff of legends. Moral victories are for Fulham, victories are for Liverpool, and it simply isn't something one could imagine resting their hopes on under any normal circumstance. It isn't something I can imagine doing two seasons ago. Or even last season, if one wants to get right down to it.

Of course the reality of a situation doesn't always line up with the ideal wished for in the mind, and the reality of Liverpool's situation is what it is: the glory days are long gone, even if for a few years we were all able to convince ourselves we were an inch away from getting back on top of the heap in spite of institutional short-comings and problematic owners. The reality of the situation is poor tactics against a City squad that has suddenly rocketed past to respectability; the reality is playing not to lose against Birmingham and still only managing a point through the heroics of the goalkeeper; the reality is moral victories from a loss to United.

We've been over it before, the tension between grudgingly lowered expectations in the face of the reality on display and what we feel a reasonable level of expectation should be even while accepting the current reality. Which is a roundabout way of saying that we should be able to expect more, we think, even given the owners and thin squad and all the rest that hangs over the club. There are some solid players; even a few good genuine footballers. Here's a Spanish and Dutch and Danish international to go along with a handful of England's best, and even while the peanut gallery with some justification snickers over the idea of their being an England's best to draw upon one has to admit that on paper there is some talent still at the club. One has to admit that our expectations shouldn't have to be as low as they now are.

With that, where to place the blame becomes an issue. Of course there are the owners, but then you hear the manager talk of the league being out of reach. At the risk of sticking my toe into Rumsfeldian territory of "known unknowns" and the like, perhaps that is the real reality, but it's not how Shankly would have talked, it's not how Kenny would have talked, and it's not how Rafa would have talked. To manage expectations might be one thing, but to try and dismiss them entirely seems another. So a conundrum nags: it's the Liverpool way to support the manager, and yet one begins to get the feeling that the manager does not fully support Liverpool, at least not in the way past greats would have stood up there bleeding red if all the rest of the world had chosen green for their veins. The players do their job on the pitch, the manager does his, and the supporters support. That's the equation. Or at least it's supposed to be.

The board and owners aren't supposed to be anywhere near the frame, of course, and one can always find a way to tie it all back to the odious pairing and their appointed henchmen, but at some point it becomes akin to blaming all the world's problems on the sky being blue: they're the root problem, everybody knows they're the root problem, but it is possible for them to not be the only problem.

Which by way of statements that we can't win the league--even as Dalglish still stands on high saying that we can--and should be happy with a point against mid-table teams that can suddenly be talked of as other mid-table teams and refusals to fully back our players against the manager down the road beings us back to the opening quote: "I'll try to change myself, but I will never be a player who offloads the ball at every opportunity." Daniel Agger, it appears, has been frozen out of the squad because of an unwillingness to embrace route one football, and even if he has since walked things back a bit a bad taste remains. Whether the defender's quotes were most true in their originally reported incarnation or not it is worryingly easy to have believed they were entirely true in that context. Even dialed down they worry, as when they are placed beside the reality of his continuing exclusion from the starting 11 it's hard not to end up in exactly the same territory as one would by reading the original news articles. No matter what, it's one more entry on the endless list of depressions that weigh against those slight positives show against Manchester: that the team and its manager might still have in it some intent to play a pass and move game, that they all might have some intent to try. Because while Roy Hodgson may have talked of pass and move, the reality has largely been demonstrations of a brand of football rightly shunned by the top teams in England and on the continent today and which would have similarly been shunned by Liverpool supporters in the glory years. And meanwhile we can only hope that Agger hasn't been sidelined for his more cultured footballing sense in preparation for a January move as he becomes an increasingly spare part of the squad, likely along with Lucas after an entrenched Poulsen makes him redundant, and after the summer departure of Insua as he was seen to be made redundant by Konchesky. While Insua didn't--and Lucas won't--raise the hackles of most in the same way an Agger departure likely would, all three moves would clearly represent a preference that matches route one aspirations much more than tiki-taka. It would be, again, the embracing of mediocrity.

We're left to wonder, then, does Hodgson not rate Agger because he doesn't fit the style of play the coach wants to employ, or is it perhaps that Agger is seen as one of the more salable assets and is being frozen out on the orders of those in charge to help make a sale possible? And which is worse? That Hodgson doesn't rate one of the most promising center backs in world football, one good enough to walk into most sides, on account of his tendency to keep the ball on the ground is one option, and it does nothing but re-enforce all the doubts fans and supporters have had all along about whether he can find a place at the top level in the modern game. It does nothing but bring back to mind the frustration that has followed so many matches so far this season, and gnaws away at any part of the mind pleading for patience and reminding of the support the manager creed. That Hodgson is actively in cahoots with those in charge to strip-mine what's left of the club before riding off into the sunset is the other option that springs to mind.

So: incompetence, or villany? A yes man for the owners as they foolishly ship out Insuas and Aquilanis to replace them with Koncheskys and Poulsens in order to bleed the club a little more, or simply an old man set in his ways who doesn't seem to really feel, deep down, what it means to be in charge of Liverpool Football Club? Either seems disastrous in the long-term--or even in the medium-term--and yet a desire to support the manager remains: It's too soon, we need to give him more time, and we don't want to be like Chelsea or any number of other, lesser clubs who change managers like they're changing socks. Support the manager: that's the Liverpool way. It's hard not to wonder, though, if one way or another Roy Hodgson doesn't truly support the club's goals and aspirations as they're seen by the fans and embodied by those who came before.

How much time do you give becomes the question then, and how do you separate out any potential for fear and paranoia to color your viewpoint when you begin to think of passing judgment? And as much as anything, would demands for change realistically amount to a better situation in the current reality? If Hodgson really is another problem for the club instead of at the least a competent stop-gap, is there anything that would actually make it better or is it just one more slowly bleeding wound to be waited out in the hopes that rescue comes before death?

There are never any answers these days, it seems, only more questions, and more reasons to feel dejected any time a spot of sunshine manages to break through the clouds.