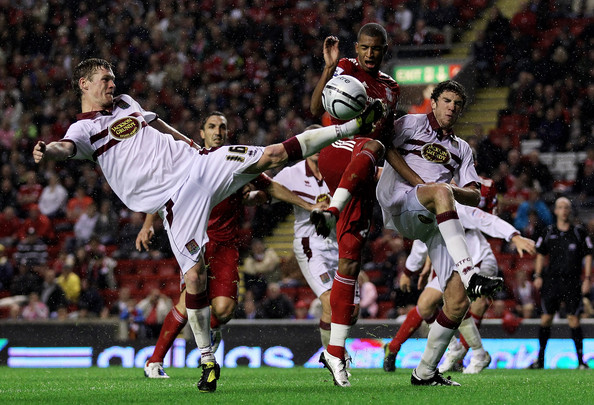 Liverpool crash out of the League Cup against League Two side Northampton.

I really don't have any words for this one, mostly because the radio feed I had was inconsistent at best, and I can't comment on what I didn't hear or see---all told I heard about 25 minutes of the 120+. Call me a frontrunner, but any chance that I'd try to catch the replay has faded.

Best course of action? Spend some time drinking heavily, which will hopefully serve to erase any memory of the last two days from your mind.

Is this the apocalypse? Not really. It's the League Cup, second-string squad, excuse excuse excuse etc. But it stings like shit, and it's the last thing Liverpool needed. Bottom line: not good enough from top to bottom. The positivity in the pre-match thread has been completely erased, and Liverpool once again face infinite questions about the manager's competence, squad selection, and falling off the face of the earth.

Ultimately though, it's well done to Northampton, and best of luck to them moving forward.