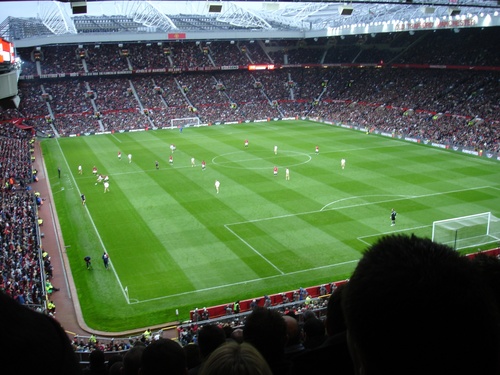 We largely get the lineup we've been asking for---Raul Meireles partnered with Christian Poulsen in central midfield, Steven Gerrard pushed further forward, and Joe Cole out wide. Given the names available, I think this has to be close to Liverpool's most talented eleven. It'll be interesting to see how the formation works out; we know what we'd like to see from these names, but whether or not we get that is an entirely different matter.

Big surprise here is that Rio Ferdinand misses out completely---this was expected to be his first match back, but word is that he's out with the flu. Other than that, it's the squad we all knew was coming.

There's blissfully little to report ahead of kickoff---some random pieces of litter about Martin O'Neill becoming the head man after the ownership deal is sorted and another assuring us that the ownership deal will, in fact, never be sorted. Glad there's consensus.

But after days of reading about the beautiful friendship between Roy Hodgson and Alex Ferguson, it seems like the focus has finally shifted to the pitch. Which, for a match like today's, is how it should be.