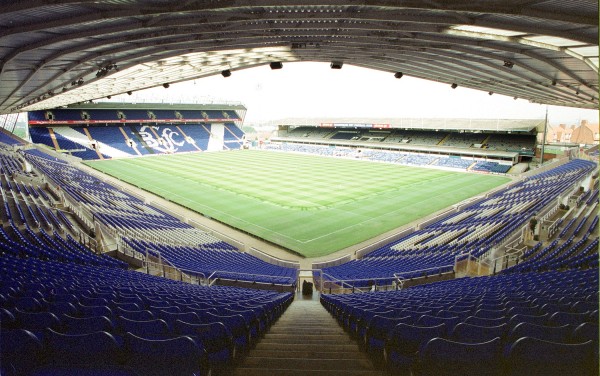 Turns out to be a bit too early for Raul Meireles, but the rest of the squad is as expected. That's not necessarily a great thing in central midfield---against West Brom two weeks ago Lucas and Christian Poulsen, as Katie mentioned the other day, were "one of the most dreadful partnerships of all time." Hopefully there's nowhere to go but up from there.

Martin Skrtel displaces Daniel Agger in central defense, and it's the first Liverpool start for Paul Konchesky at left back. It seems like there's plenty of options on the bench today, whether or not it's actually the case---David Ngog, Meireles, Ryan Babel, and Dani Pacheco are all available in attack should Liverpool need to press.

It's a little early in the season for table watching, but you can't avoid the fact that things played out pretty well yesterday for Liverpool---Spurs, City, and United all drew, meaning that with a win today the Reds can climb into fourth place alongside Blackpool and just a point off United in third. That doesn't mean much this early in the season, but it'd at least be a return to some sort of standing for Liverpool, who haven't been that high in the table for awhile.

But the other results can't have any sort of impact if Liverpool don't get a result today, which, as I mentioned on Friday, was a difficult task last season. The failures of last season weren't entirely down to the team's away form against teams like Brum, but it was a large part of it.

The only big(gish) team news to come out today is that Dani Ayala is heading to Hull as part of a one-month loan deal. Ayala was one of the team's best performers in the preseason, and I had thought he would be a regular starter in domestic cup competitions. Not so much now, and it's a little puzzling with so many matches in the next few weeks. Given the short-term nature of the loan, I'm guessing this isn't part of Roy Hodgson's plan to cut off the "dead weight" from the squad---alongside Martin Kelly, Daniel Agger, and Martin Skrtel, Ayala looked to have an important place in the Liverpool's back line for years to come. Hopefully he gets some valuable first-team experience and comes back healthy and ready to make an impact.