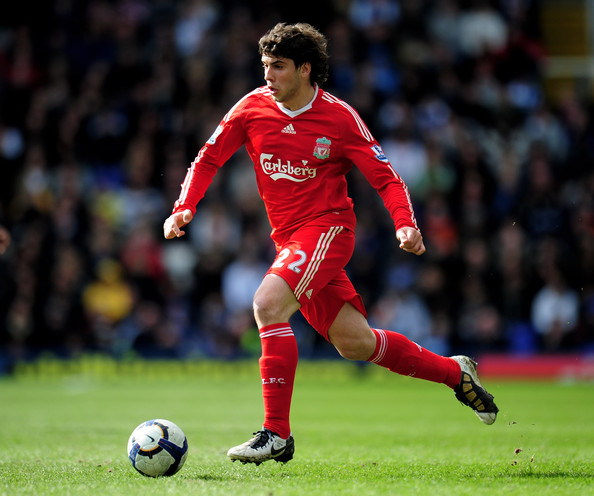 Plenty of names in the mill today---reports that Damien Plessis and Nabil El Zhar are in Greece to join Panathinaikos, Ryan Babel's been linked with a move to Spurs, and the Emiliano Insua saga looks to be reaching its tragic end, as he's set for a season-long loan to Galatasaray. Because Liverpool are quite deep at left-back and he's clearly not serviceable as a starter or back-up with Paul Konchesky on the way.

Oh, and Liverpool could buy somebody, too.

I'll be around to update when anything is confirmed, but for now this post will just going to sit and wait for the comments board to be filled with expletives.

Fulham Football Club has secured the services of promising youngsters Lauri Dalla Valle and Alex Kacaniklic from Liverpool as part of a cash plus players deal, that has seen Paul Konchesky move to Anfield.

So that's Dalla Valle and Kacaniklic confirmed as leaving and Konchesky in. Perfect.

5.26pm: Liverpool's Emiliano Insúa has joined Galatasaray on loan with a view to a permanent move.

**UPDATE** The window has officially shut---Liverpool-related news died down after Ryan Babel's helicopter was grounded, so I'm not expecting any last-second deals to trickle out over the next while.

Also worth noting that the club announced the signings of Suso and Adam Hajdu today; Suso is the one to watch---he featured against Monchengladbach in the preseason and has drawn rave reviews. The Hajdu deal is apparently temporary and ends in June of 2011.

**UPDATE** We've all been had. No disrespect to the new boys, and not that any of us really believed him, but the "big summer spending" promised by Tom Hicks turned out to be a complete lie. Go figure. Each of the new additions has a part to play, and that's decent enough, but the lack of activity today was extremely disappointing and, even worse, it was sadly predictable.

But Martin Broughton's still got time to get the club sold by the deadline he set---like five and a half hours, right?