Two Days Left: What's the Top Priority Before the Deadline?

Share All sharing options for: Two Days Left: What's the Top Priority Before the Deadline?

I still refuse to endorse any sort of rumor-mongering, but with two days left before the transfer window closes, there's bound to be some sort of action---Roy Hodgson has said as much in the past week or so, and yesterday he discussed the need for another striker. We also saw Paul Konchesky in the stands, indicating that he'll be in a Liverpool shirt in a few days.

Since the end of last season, Liverpool have been relatively active, adding and subtracting number of names. Maybe not the spending barrage envisaged by Tom Hicks and George Gillett prior to summer's dawn, but you could argue that the club have made a few shrewd moves in bringing players in along with a few expected departures. Yes, I'm completely ignoring Alberto Aquilani and the likelihood that Emiliano Insua will still leave. Via Soccernet: 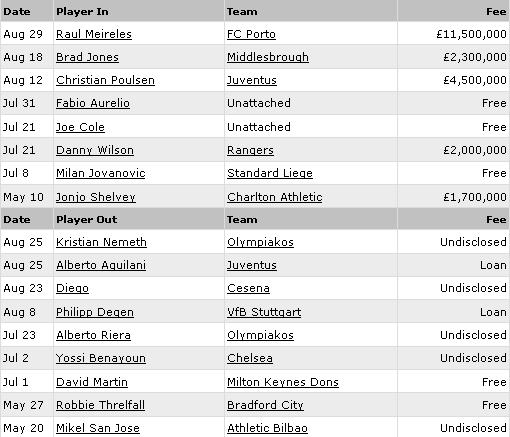 So given the club's previous activity, what should the club's top priority be in the next 48 or so hours?

For me it's full-back first, striker second. Fabio Aurelio is still working his way back to full fitness and form, and while we've seen both Daniel Agger and Martin Kelly deputize admirably, the former is clearly not the solution and I think the latter still needs time to adapt to playing on the left. Konchesky's not the romantic choice, but he fills a need. I'd guess the shift to focus on a striker means that the club feel their lack of depth at full-back has been addressed. I'm not so sure.

Do the poll thing, and feel free to comment on your selection below. It's a pretty slow day otherwise, but I'll be back around if anything changes. Have a good one.