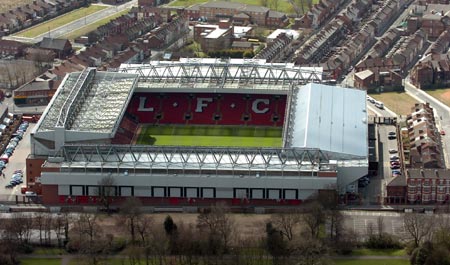 Is this thing even televised live in the UK? Stateside it's a replay at 7:00pm EST on Fox Soccer Plus(HD).

Gradually shifting back to reliance on the 4-2-31 after the tactical disaster at the Eastlands---Poulsen and Lucas to partner deep in central midfield, Gerrard pushed back into the hole behind Fernando Torres, and Kuyt and Jovanovic on the flanks. Interesting to see what we get from the Lucas-Poulsen partnership today, as you'd expect a bit more forward movement from one or the other given the opposition. Glad to see that Maxi makes the bench after a spell of illness, and hopefully we'll see Dani Pacheco at some point.

For those interested (it should be all of you), Ethan over at The West Brom Blog (TWBB) will be live-blogging today's proceedings. Those familiar with TWBB know exactly what to expect---self-loathing at every turn, little commentary focused on the actual football, and likely one of the funniest reads you'll have for awhile. I have zero interest in West Brom as a footballing club, but I find myself at TWBB a few times a day, mostly just to bear virtual witness to one man's slow and painful spiral into madness. So that's where I'll likely spend the match, seeing as how I won't be able to watch it on TV, and I'm not bitter at all, since this is the first match this year for which I'll actually be at home.

Also, turns out that Xavi guy is a bit of a c*nt---fresh off a summer of peering over the blades of grass in South Africa, slicing through global opposition, and trying to seduce Cesc Fabregas with his thick eyebrows and promises of Catalan glories, he's now anointed himself as an expert on Liverpool's demise:

“The season before last Liverpool sold Xabi Alonso to Real Madrid – and now this season they have sold Mascherano. Being brutally honest they haven’t brought any top-class players in to replace the ones they have sold. They haven’t tried to improve the squad. Nando deserves to be playing with the best players like he does with Spain.

If Liverpool have another disappointing season that will be it for him. Our coach Pep Guardiola is a big admirer of Nando. If he wanted to leave next summer, I would imagine Barcelona to be very much in the running. It would cost a lot to bring both Cesc [Fabregas] and Nando to the club – but it would be worth it and, in my opinion, make us virtually unstoppable.”

He's not really saying anything we don't already know, but here's an idea---just shut the f*ck up.