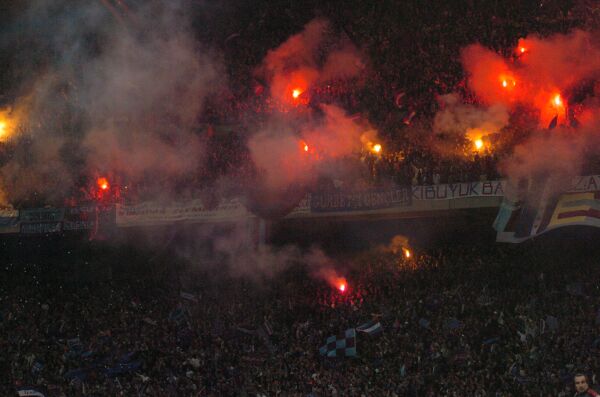 Match shown live in the UK on ESPN(HD).

Pretty similar to what was expected---draw it up 4-4-1-1 or 4-2-3-1, it's going to be a primarily defensive affair. That both Aurelio and Kelly start is telling, and Kuyt's presence on the right serves a defensive purpose as well. I'd expect to see the pace if Liverpool need a goal late, otherwise it's gonna be ugly. So long as Liverpool come through on the other side, I'll be fine with it.

Slow day of news so far, but a few things worth mentioning:

---Roy Hodgson has finally confirmed another poorly-kept secret, and this time it's that he's interested in the services of Paul Konchesky. Obviously the two worked together during Hodgson's time at Fulham, and apparently there's still a level of interest from the Liverpool boss. It doesn't sound like there's anything beyond an inquiry that's occurred, but it's also not as if there's tons of time left to do business.

I've mostly seen negative reactions to Hodgson's pursuit of Konchesky---most say that it's purely a policy-driven move (homegrown, etc. etc.), that he's not the "type of player" Liverpool should be after, and that it's just another indicator of how completely f***ed Liverpool's financial situation is. At this point, you won't find me disagreeing with much. No disrespect to Konchesky, who's pieced together a good career in the Premier League with a handful of clubs.

But going after a 29 year-old defender as the only cover for an oft-injured 30 year-old defender just doesn't make any sense. There's still no word on Emiliano Insua's status, but he's again missing from the squad today, and I'm guessing they're still trying to move him. Which would leave the depth chart at left back looking something like Aurelio-Konchesky-Kelly-Agger-Wilson; not awful, but a strange assortment of talent. Long-term we're looking at someone like Chris Mavinga (who, outside of Fabio Aurelio, is the only "true" left back in the system) growing into the role, but that's still years away.

Anyway, I assume it'd be a move primarily for depth, and it'd be one that is again met with mixed emotions. I guess I'm just waiting for Liverpool to make some sort move in the transfer market in which they actually spend money. Pardon me, that's crazy talk. Sometimes I just get too excited.

---The only other thing qualifying as news relates to Jamie Carragher's upcoming testimonial match---the Echo has pieced together a gallery of some of his most memorable moments along with requests for supporters' favorite memories ahead of the September 4th match against an Everton XI. His third-degree assault of Alvaro Arbeloa in 2009 is conspicuously absent from the slideshow, but I'll be sure to submit it as one of my fondest recollections of the man.

More and more I've read requests for Carragher to be displaced in the Liverpool back line, and I think it's on the horizon---just not very soon. I think a large part of it is dependent on the left back situation getting sorted, as there's never going to be another partnership (Skrtel-Agger being the most likely) as long as Aurelio is the only left back in the side. Martin Kelly's emergence might help matters, and Dani Ayala is on his way up, but there's still a lack of proven options beyond Carragher, Skrtel, Kyrgiakos, and Agger. At this point, if only three are going to be available, I'd still take Carra.

Oh, one other thing: 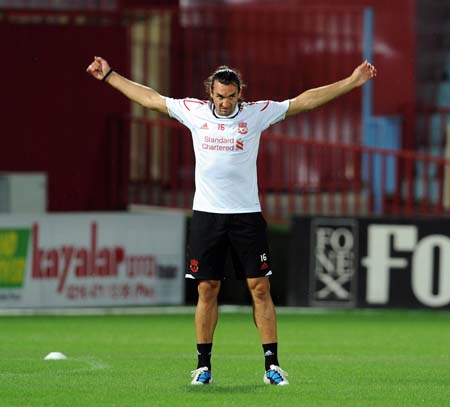