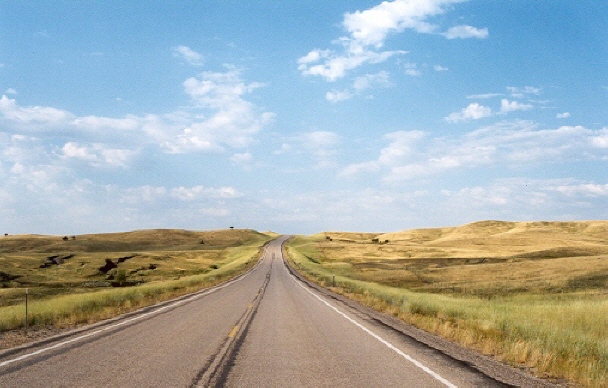 Pretty at first glance, no?

Stare at that for 15 straight hours. Then do it for 10 more the next day. Then you have the way I'll be spending Monday and Tuesday. Sounds pleasant, doesn't it? Well it's not, you psychopath.

The bad news here (beside the part about 25 hours in a car with a lovely wife who may or may not try to strangle me with my phone charger during hours 14-25, if I can stave it off that long) is that I'll be away from proper internet access at least until Tuesday or Wednesday. And at that point I'll be incredibly delirious and hopefully incredibly inebriated.

So I'm out of the loop on posting for the next two days. The purpose of this post is twofold: obviously I want you to pity me and send concerned yet hollow and insincere well-wishes for safe travels, but I also want to have a place to comment should anything newsworthy happen during the next few days. I'll be able to use my phone to comment and stay updated even with a phone cord wrapped around my neck, but getting on to the site for an actual post won't be in the cards.

I'll also be on Twitter, which I've grown to despise in the days since beginning to write more worthless short sentences. What I hate most is how excited I get when I see a new follower and the tense minutes and hours that pass until someone else follows me. Just pathetic. But follow me! Also, I hate that I keep reading the grammatical apocalypse that Ryan Babel has been putting together---it's like caps lock and the shift key are leading a revolution against the rest of the keyboard, which is powerless to resist the atrocities that will surely follow. So naturally I breathlessly await his next post.

I'm not so naive to think that this is the only source of Liverpool news for most of the four of you who keep coming here, but I am trying to keep things up-to-date and consistent, and the next few days could have some very important bits of news---we might finally get some sort of confirmation from Fernando Torres along with a rumored takeover led by Chinese businessman Kenneth Huang. Pretty important stuff for this season and beyond.

Plus the beginning of the Premier League season is just around the corner, and although we're still unsure as to how Liverpool will look come August 15th, I can't help but be excited. Back in a few days.