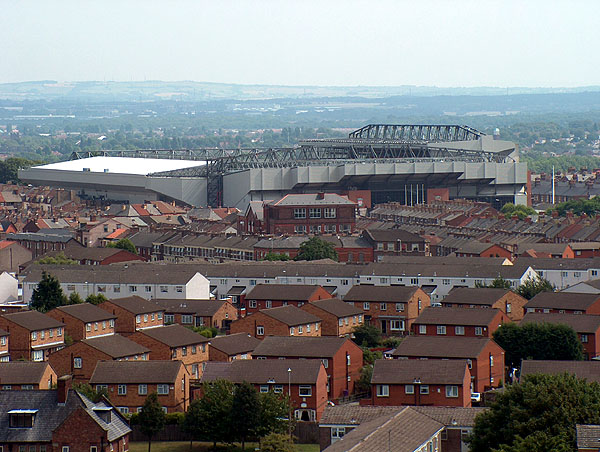 Well I guess the Hodgson quotes on Mascherano weren't just lip service---the wantaway Argentine starts in central midfield alongside Steven Gerrard. And it's Agger at left back, as Fabio Aurelio's likely not yet match-fit and Emiliano Insua misses out completely. Otherwise it's what we expected---Cole behind Ngog up front, Kuyt and Jovanovic wide. Interesting to see how this one plays out.

First, you can expect updates here and on Twitter throughout the build-up and the match itself, but once it's over I've got a five hour drive ahead of me. That'll give me plenty of time to digest what's happened---good, bad, and in between. I'll likely watch the match again on DVR once I get home and have a a recap post later tomorrow night. Plus, if for some unearthly reason we find ourselves continuing to suffer, there will be at least a little bit of buffer time between match time and me writing something.

Next, Martin's liveblogging over at the Arsenal Offside, and that's something you should join up with if you're going to be around. Obviously there will be a Gooner majority over there, but they've always been more than hospitable when I drunkenly wander over there to try to be clever. I'm going to try to be a part of the festivities, but right now I have a hate-hate relationship with my wife's laptop, and if I try to run more than one type of media at a time, this thing might catch on fire.

As for pre-match news, Marouane Chamakh, graduate of the Marek Hamsik school of hairstyling, has asserted that all the pressure is on Liverpool. For him it's down to the fact that Liverpool's 2009-2010 was garbage, as well as the Reds playing host on the day. Honestly, hard to disagree with him, and it's basically what I said in the "most important factor" part of the preview yesterday. If Liverpool can cope with the pressure, especially early, I think they've got a great chance today. If not, it'll make things might difficult, especially if one of Chamakh's spikes gets in a defender's eye.

There's also some ownership non-news this morning---read here if you want to put your hand through a wall prior to the match. I'm going to punt on posting it for now, since I'd rather focus on controlling the tremors that have taken over my body in anticipation of kickoff.