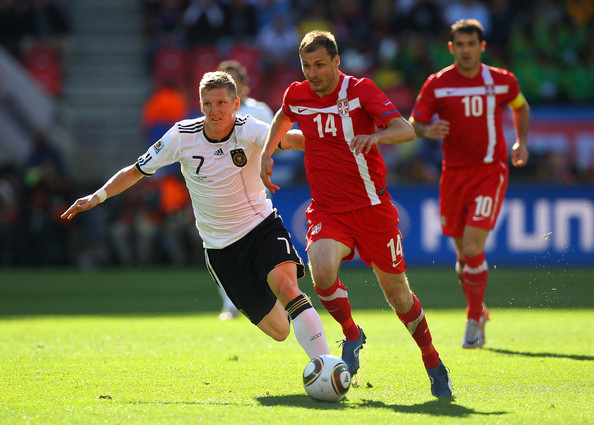 Turns out all that fear-mongering last week was just...you know. Surprise!

It's not a complete shock that he's still in for the transfer, as the only drama came about last week when, having been asked about the terms of the switch, he stated something to the effect of, "either party can back out at any time."

Obviously I don't know the context of that statement or the exact question, but it seemed at the time like that was blown entirely out of proportion. And we find out today that Jovanovic is either bipolar or still committed to the switch. Plus, it comes from my third-favorite Belgian newspaper, Nieuwsblad</em>:

"I am going to Liverpool. I have signed there for three years. I repeat: no pre-agreement - a real contract. And the departure of Benítez changes nothing. I have maintained contact with the executive board of Liverpool and everything is good.

"Everything is in order since in the last two years I have played 75 per cent of the matches for my national side. Next I am looking for a house. On the 14th or 15th July I will join the squad for a training camp in Switzerland. But, as from Thursday, I want start my individual training programme so I can show them immediately that I am worth a place in the side."

I'm thinking that a few things got mixed up in the translation, or else there's a very real possibility that Liverpool have landed someone with Arshavinish tendencies. It's a far cry from proclaiming that women should be in the kitchen and his favorite animal is the snow lion, but I didn't know that 75% of matches played for a national side = Liverpool contract. Hopefully he can maintain the hilarity without that whole looking nonplussed about the team's results thing.

Not much has changed regarding my thoughts about the move---the World Cup was the first time I paid any focused attention to him, and on the whole I came away thinking that he would be a solid addition to the squad. He started on the left side of midfield in each of their three matches and netted the winner in the upset against Germany, looking generally dangerous in attack despite the disappointing results suffered against Ghana and Australia.

Apparently there's supposed to be another confirmation coming within the next 24 hours, so stick around as things start to warm up.