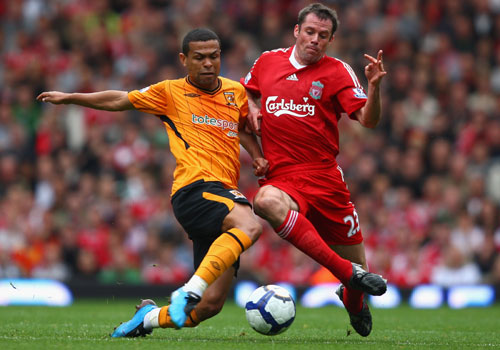 The end is nigh.

There's some bits and pieces coming out over the last day or so, but nothing that really deserves too much mention. Briefly, then:

Carlo Ancelotti feels "it's better to grow players with this ability in the academy." Hence, no Torres.

Danny Wilson is supposedly nearing a move to Liverpool for £2.5m---no terms were agreed on an extension at Rangers, and apparently personal terms are all that's left to be hammered out.

Here's a reliable source---Judas thinks that Jamie Carragher would be a great pick-up for Fabio Capello and England prior to the World Cup. These rumors got very bizarre very quickly---one minute Carra was about the last person you'd expect to be in the conversation for South Africa, the next he's indispensable.

And there's another milestone in the works for today---Dirk Kuyt makes his 200th appearance in a Liverpool shirt. Say what you want about the Dutchman, but his workrate and commitment to the club has been nothing short of fantastic. Well done, Dirk.