Share All sharing options for: Transfer News: Fabio Aurelio Headed for an Exit 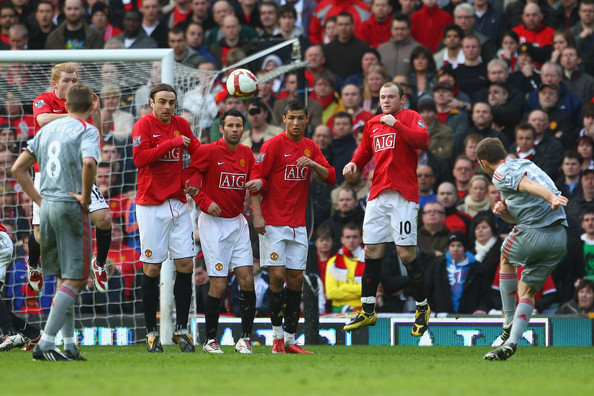 Confirmation today from Rafa that the Brazilian won't be back.

No, this bit of transfer news is not about Fernando Torres leaving (which, unfortunately for a frothing British press, looks unlikely), which would bring about tears, ripping things off the walls, jumping through a window, and later a citation for public drunkenness and urination. People do strange things when their unrequited man-love is torn from their grasp.

And it's not a farewell for Steven Gerrard, which would bring about a level of cognitive dissonance that very well could create a wormhole---I know him to be the main reason I follow Liverpool, yet I'm not able to restrain my wonderment as to the possibility that Liverpool are better off without him (and with the fee he would surely command).

This is more mild transfer news, but it's somewhat emotional nonetheless. Today Rafa has pronounced in no uncertain terms (that still left some uncertainty as to the how's and why's) that no agreement could be reached for an extension on Aurelio's time at Anfield, which spells the end of his run in a red shirt. Not necessarily true, as he could be transferred to any number of teams that wear red shirts. But Liverpool red. Look, it's different.

But it's not entirely surprising---it was a tough season for Aurelio, mostly due to the consistent troubles he's faced with fitness since his arrival in 2006. He featured in 24 matches in all competitions this season, but none since February, and it seems that the injuries played a major role in the difficulties renewing his contract:

"The one problem we had with Fabio was that he suffered too many injuries and it was such a pity because he has great quality. When he was in the team, we were always able to play the ball out from the back and keep it because he uses possession so well. With Fabio being out so much, it meant that we had to use Emiliano Insua more than we would have liked and that was not easy for him. You can say things about players. But with Fabio, you are talking about an amazing person who gave 100 per cent all the time. We wish him all the best."

So decode that to the best of your ability, but basically it's stating what we already knew---Aurelio was a markedly gifted technical player when he was fit and would have provided much-needed respite for Insua when the young Argentine's form dipped in the final weeks and months. That eventually came from Daniel Agger, who did admirably, but it's no question that Aurelio would have been the first choice.

So, as is customary in 2010, we say goodbye via video tribute. Somehow MS Video graphics and crotch rock say what I cannot---we'll miss you Fabio. Best of luck down the road, hopefully he's able to stay fit wherever he ends up.