Liverpool at the World Cup: Where do they fit?

Share All sharing options for: Liverpool at the World Cup: Where do they fit? 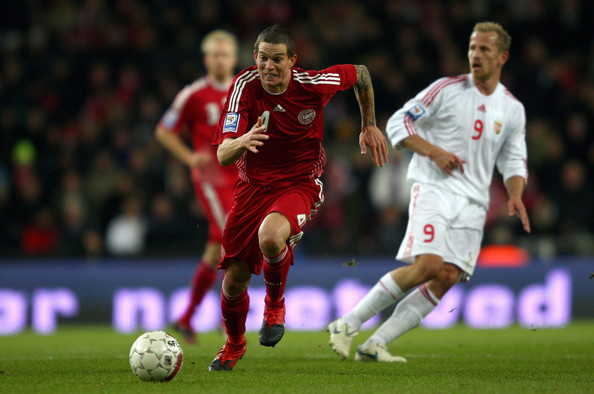 Taking a closer look at how Liverpool's internationals will figure in South Africa.

As an early disclaimer, I readily admit that my knowledge of international football is limited at best. I'll direct you in general to the World Cup Blog main page, and I also made sure to link to each of the national team blogs. To a man or woman, everyone running those pages has done a fantastic job ahead of the summer. Definitely a site to bookmark as June 11 gets closer.

So onto the national teams and the respective Reds we'll likely be seeing in action. And just a reminder, in no way does a spot on the provisional squad ensure that everyone's South Africa-bound. For the most part though, at least for Liverpool's squad members, it seems to be the case.

Javier Mascherano: The likely captain heading into the World Cup and a mainstay in central midfield for the Argentines. He's had the armband since Diego Maradona took the reigns, and the slightly unstable manager is a big fan, at least according to Soccernet: "Mascherano and ten other guys" is Maradona's favorite selection. I'd imagine that Lionel Messi might have something to say about that, but as we've seen for most of his time at Liverpool, few defensive midfielders have the ability to boss the central area like Masch. So long as he stays fit and out of trouble, there's no reason to believe that he'll relinquish the armband or his place in the starting eleven.

Maxi Rodriguez: From what I gather, his inclusion in the provisional squad is something of a surprise. He famously scored one of the best goals of the last World Cup against Mexico (seriously, I could watch that over and over again) and put together a few good years for Atletico after that, but in the last year or so he's faded a bit. He featured ten times in CONMEBOL qualifying and netted twice, but he has to be near the fringe if not on it for the final 23-man squad. For what it's worth, I think he's likely one of the more intelligent players that Liverpool have had, and he's clearly skilled and creative on the ball.

If Argentina is a team you're interested in, the Argentina World Cup blog is the place to be. Some fantastic discussion over the last few days about Maradona's selections---none of I which I have participated in, since I am spineless and prefer to make a fool out of myself on my own blog. But there really is a wealth of knowledge there from Maxi Lopez and his commenters.

Daniel Agger: Mentioned on the main page today, Agger is definitely a starter, as his partnership with Simon Kjaer has to be among the sturdiest in the competition. And they'll have to be, as Thomas Sorenson's future is in limbo due to fitness. For me, Agger is one of the best young central defenders in Europe. He's strong, tough as hell, and has an absolute hammer of a left foot. He had to deputize late in the season at left back due to injuries in the Liverpool squad, but there's no doubts about his place as a central back for the future at club and country.

The Denmark World Cup blog has got you covered in the final run-in to the start of the tournament. It'll be a tough task for Denmark to progress from a tough Group E, but they're starting to receive more and more attention as a team to watch.

Jamie Carragher: Probably the most talked about inclusion in Fabio Capello's provisional squad, Carragher makes his return to the national team after retiring back in 2007. As news continues to roll out about the fitness woes of England's back line, the decision to go after Carragher looks better and better. His start to the season for Liverpool was anything but positive, but as the season progressed he settled into his old self. He's got the ability to play nearly anywhere across the back line, and his versatility will likely push him over the edge into the final 23-man squad (even though Capello says it's not a lock).

Steven Gerrard: His form for Liverpool was certainly not the finest of his career, but it's a safe bet that he'll still be one of the first names on the team sheet. Gerrard had been in contention to take over the armband after Capello relieved John Terry, and while that honor went to Rio Ferdinand, it was a good indication of how important Capello feels Liverpool's captain is. Gerrard's place under Capello has been on the left of midfield, and it's likely to remain there. There's always going to be discussion about where his best position is, but he's done well on the wing and doesn't have to play the "who's better" game with Frank Lampard.

Glen Johnson: Right now he's still searching for full fitness after a late-season knock, but he's expected to be ready to go come June 12. The official site released an interview today with Johnson that focuses on his thoughts on the World Cup---definitely worth a read. It really focuses on his desire to become England's top right back, and I think there's no doubt he's achieved that. Carra will likely be his understudy should fitness be a concern, but Johnson's the only true right back in the squad. He's a no-doubter in the starting eleven and will be expected to provide plenty in attack.

It's a rotating cast of characters at the England World Cup blog, and they're all more than proficient in all things England-related. Except Ethan Dean-Richards, who is a pathological liar and now amongst the lot.

Sotirios Kyrgiakos: A man that needs no introduction and somewhat of a cult hero at Anfield after arriving in August. He had a rough start, but provided much needed cover and inspiration towards the end of Liverpool's disastrous winter spell. As for his spot in the national team, it's got to be somewhat tenuous---he's definitely aging and showed it in a March friendly against Senegal, but he's also a beast in the air and has to be one of the more imposing figures in the Greek squad. Not surprising if he makes the finals squad, but I'm not sure he's a definite.

Chris and Peter are the ones responsible for the Greece World Cup blog, and they've got plenty of insight into the squad. They'll be up against it in Group B, with Argentina, Nigeria, and South Korea on the schedule, but there's no reason to rule them out.

Dirk Kuyt: I can't imagine that, much like at Liverpool, anyone in the Dutch national team can match Kuyt's workrate and commitment to the cause. With the depth of talent in the Dutch squad, I'm not sure that's enough to push him into the starting eleven. He did net three times during the qualifying campaign, and it'd be hard to imagine him missing out on the finals squad. Like Carragher, though, he's versatile enough and is probably one of the pace-setters in terms of attitude and approach.

Ryan Babel: This might be one of the biggest doubts among Liverpool players---his time at Liverpool has been anything but remarkable, and when it has been it was mostly for the wrong reasons. He experienced somewhat of a renaissance in the second half of the season as he and Rafa came to more of an understanding, but I think the aforementioned depth in the national side might spell an exclusion for Babel. If not, he's proved an able substitute for Liverpool and has pace in spades, and could be an impact sub if given the chance.

Jan has put together one of the finest communities in all of the Offside/World Cup blog at the Netherlands World Cup blog, and odds are that if you're here as a fan of the Dutch you already know that. I won't even attempt to feign any basic insight here and defer completely to the devoted bunch they've got over there.

Martin Skrtel: Like Glen Johnson, Skrtel is one that will be in the starting eleven so long as he's fit. His time at Anfield has been largely successful---save for a few struggles with fitness and the occasional dip in form, he's got to be considered one of the better buys of Rafa's tenure at Liverpool. Even with the worries due to injury, he's not one that will miss out on the finals squad, and I'd expect him to be ready come June 15.

Currently the Slovakia World Cup blog exists, but in terms of being up-to-date it is somewhat lacking. If you can smash a keyboard and string together a decent combination of consonants and vowels, you might be qualified. Give Daryl an email at daryl@theoffside.com if it's something you're interested in. Anyway, Slovakia's got New Zealand, Paraguay and Italy. Someone in this group got off easy. I won't say who.

Fernando Torres: Even though Spain are one of the more complete sides in the competition from top-to-bottom, Torres' continued struggles to return to full fitness have to be worrying. He had plenty of problems during Liverpool's troubled season in terms of form and fitness, but when he's on there are few better in the world. Eighteen goals in only 20 Premier League appearances are plenty indication that, even at less than full speed, he's one of the best. The most recent news has him as a doubt for the opener---it'll never impact his place in the final 23, though. He and David Villa are the top choices in attack, and together they're capable of giving anybody's defense absolute fits.

Pepe Reina: Probably the most unfortunate of all the Liverpool players to be named in a World Cup squad. He's had to play second fiddle to Iker Casillas for all of his time with the national team, and in the past it's been rightfully so. But I can't help thinking that Reina's either equaled or damn near surpassed Casillas in the past year. It's a completely biased and uninformed opinion, which I excel at, so I have no idea regarding the Casillas side of things. I do know, however, that were it not for Pepe Reina, Liverpool's season would have been pretty much unbearable. But Casillas is no slouch, and Reina's spot as number two is probably a lock.

The Spain World Cup blog, manned by Ade C., Cameron, and Corey, is your go-to for all the news on the squad. They enter the tournament as one of the vogue picks to win it all, and despite some niggling injury concerns amongst the squad, it's hard to argue with that. If they can match their form from Euro 2008 and the qualifying campaign, they're going to be tough to beat.

So there you go, all of Liverpool's World Cup hopefuls in one spot. It's going to be a great distraction over the summer months, particularly for Liverpool supporters expecting the worst for the club. And while there's always the possibility that players can pick up a knock or (most likely) that they'll return a bit drained, you can't help but wish them all the best.

More season review stuff coming up in the next few days. Enjoy your weekend, all.