On Liverpool v. Chelsea and #19 for United

Share All sharing options for: On Liverpool v. Chelsea and #19 for United 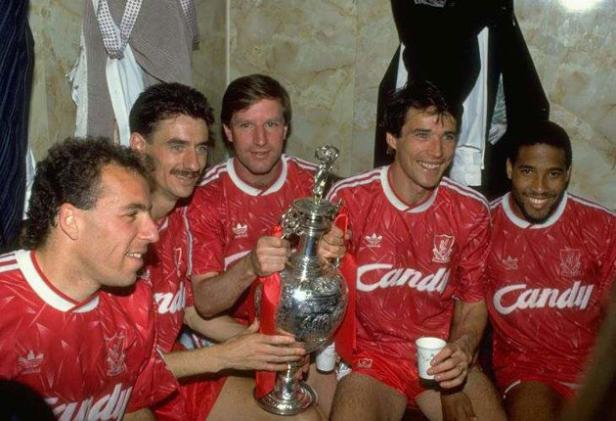 Let's get something out of the way up front, if for no other reason than to anticipate a potential counter-argument: I am a hot-dog-stuffing-in-my-***-Iraq-War-supporting-*******-***** American. It feels good to acknowledge that, even if someone else did it for me.

As such, I feel a good amount of anticipatory anxiety for the response to taking this subject on, but it's gotten to a point that, with some sort of forum to discuss such issues, I'd be remiss not to address it in some capacity. It might be rough, it might be idiotic, but it's something. Plus if you've been to the site over the last couple years and read more than a sentence and you're coming back, your standards can't be that high.

Anyway, as the hot-dog-stuffing brand of supporter, I'm removed from the physical proximity of supporting Liverpool and hating Manchester United, being in attendance as supporters taunt each other with disgusting chants mocking the loss of life that each club has suffered through, and experiencing a level of passion and hatred that, in many cases, only physical proximity can create.

But I don't think it entirely removes me from supporting Liverpool and hating Manchester United, or feeling both anger and shame when I hear a selection of both clubs' supporters mocking such tragedy, or having a passion and hatred for a club and its rival respectively.

Regarding the rivalry with United, a commenter from last year summed it up nicely (even if it was on the tail end of savaging me for, among other things, liking Super Bowl advertisements and ice hockey. Stalker.):

one thing I’ve learnt being a red is you never talk a bout them, never sing about them, never acknowledge them, that just gives the illusion that we respect them, and we dont.

It's a valuable lesson for me to have learned, and one that speaks volumes about where a Liverpool supporters focus should lie: inward.

And I think, as so many other supporters have articulated, my passion for Liverpool greatly outweighs my hatred for Manchester United. Again, feel free to rehash the hot-dog-stuffing argument above. But the idea of supporting a club more than hating another is not an entirely original thought and it's not articulated in an entirely original manner here, but in essence it captures the wonderfully simple concept of being a fan.

At its core, being a fan or supporting a club, in any sport (even ice hockey!) is geared towards seeing that club succeed. You want your team to win every game, even if that reality is wonderfully far-fetched. You fantasize about seeing your club's players lift every trophy, even if you know that the likelihood of that happening is infinitesimally small. And yes, sometimes you even experience a good bit of schadenfreude when you see your club's rivals suffer, or someone near your club's spot in the table drops valuable points. It's all part of the experience, and it's all part of what's made Liverpool's season so difficult.

So with Sunday quickly approaching, so much more is brought into play, even if you're told it's "just" mathematics and cognition---now it's emotional, now it's personal, now it's vindictive. By some abortion of journalism, the idea that Liverpool should drop the Chelsea match intentionally caught fire. Supporters gave it credence, journalists (surprise, surprise) argued for a wonderfully developing storyline, and all of a sudden you see the idea work its way straight to players on both sides, with comments now mandatory about the possibility of intentionally underperforming with the sole purpose of seeing United fail to beat Liverpool in the race for 19 titles.

And it's all painfully misguided. It's driven not by pride for Liverpool, or desire to see your club do well, it's entirely based on the desire to see another club suffer. That this somehow boosts the collective ego of Liverpool as a football club couldn't be more inaccurate---if anything, it only strengthens the view of Liverpool as a fault-ridden, troubled club who hasn't been able to assemble a title-winning side for nearly twenty years.

Because to hope that Liverpool lose, or to expect them to bottle it purposely on Sunday, isn't an exercise in supporting Liverpool, or a statement of pride for the club; rather, it's overwhelming evidence that Liverpool are too mediocre to actually challenge for the title themselves, and have been for some time. To try to exercise control over a title race from such a painfully long distance is, in a word, pathetic. And to return to the words of the wonderfully articulate commenter above, nothing would do more to validate United as a superior team than to organize an entire approach, an entire performance, and an entire result around them.

Liverpool may very well end up losing on Sunday, but for me there would be no joy related to the idea that it would prevent United from beating Liverpool to 19 titles, particularly if there's any sniff of intentionality to it. To compromise the pride that Liverpool espouse as a club would do serious damage to my faith in what supporting a club is supposed to provide---the comfort in knowing that, above anything else, the club does everything it can to do itself and its supporters proud, even if that provides a benefit to the fiercest of rivals. That's the type pride that's constant, and that's the type of club I want to support.

So that's that, but I am interested in hearing what others think---I know Rob ran a piece on it yesterday as well, so feel free to comment here or there.

It's back to hot-dog-stuffing for me. A preview will be up tomorrow for the big one on Sunday---the match, not the hot dog. Ouch.