See You Next Season

Share All sharing options for: See You Next Season 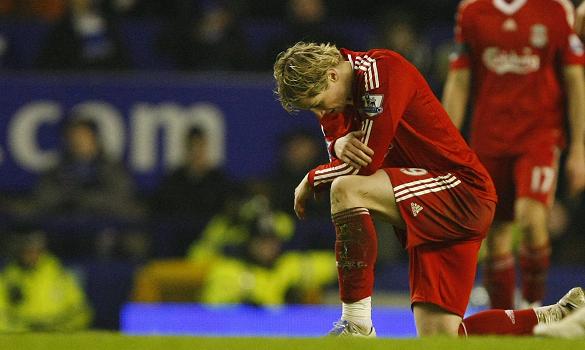 "Fernando saw a specialist in Spain earlier today and it was decided that he would need surgery on a torn cartilage in his right knee.

"This will be carried out later tonight. We cannot comment ahead of the operation, but as a guide, the usual rehabilitation period for this type of procedure is around six weeks."

On a club level, it's obviously impossible to replace him, and you know it's a blow for Rafa's plans domestically and in Europe. He was never likely to feature tomorrow against West Ham, but there were rumblings that he'd make his return against Atletico on Thursday. Not to be.

Only hope now is that he makes a full recovery, hopefully in time for the World Cup, and returns for the 2010-2011 season ready to go.