A Case of the Mondays

Share All sharing options for: A Case of the Mondays 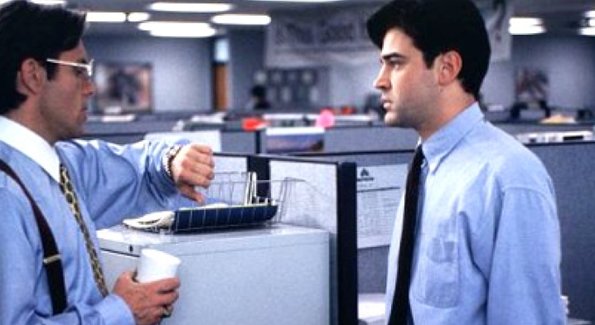 At least you probably don't have to come in on Saturday. And Sunday.

Effectively ending Liverpool's run to the fourth and final Champions League spot, the draw with Fulham was about as one-sided as a match can get without either team actually winning. Liverpool dominated the entire first half, and large amounts of the second, but were unable to break down the stingy Fulham defense. Roy Hodgson had announced prior to the match that he was ringing in the changes, but it wasn't necessarily any personnel changes that proved to be the difference. If anything, it was the fantastic display from Mark Schwarzer that saved a point for Fulham, as the Australian made a number of fine saves to deny Liverpool all three points. As a unit Liverpool didn't play all that poorly---they matched Fulham in defense (partially a product of the absence of an actual attack from Fulham) and created a diverse amount of forward movement, but were unable to find the breakthrough. There were positive individual performances as well, with Alberto Aquilani staying involved, Glen Johnson getting forward a number of times, and Javier Mascherano having another fine display. But it was another case of Liverpool's inability to notch a winner, something they've done so well in years past. It's not a "sky is falling" statement say that right now, the best hope for next season is to be playing Europa League football.

We had little idea that he was suffering anything serious until he was completely absent from the team sheet yesterday morning, but now it looks like there's more to it than a need for rest after an extended run in the starting eleven. The substitution at Birmingham (about which Rafa recently blasted critics) now looks to have even more justification, as Torres is off to see a specialist in Spain. There won't be any news about his return until later in the week, and it's a worrying pattern for the Spanish striker. It's especially worrying given the impact that he can have on the squad when he's available---this season he's scored 22 goals in 29 games. He's become part of the "spine" of Liverpool that's so often mentioned as being cemented (see Rafa's comments below), and while his health doesn't necessarily equal a return to the top, it's going to be damned important.

This one came out of nowhere, but now it looks like the young Argentine is possibly sidelined for the rest of the season. Daniel Agger shifting to left back has been sort of a dream come true for me, but I think it's clear that it's only a temporary thing. Agger's one of the center backs for the future, and Insua is the left back of the future for the club. While he's had spells of trouble, he's also shown a lot of growth on the season and rightly earned his spot. Fabio Aurelio might have featured more had he been healthy, but Insua made the spot his own. He likely could have benefited from having an able-bodied backup, especially during his slight dip in form earlier this season. But by all accounts he's hard-working, you never hear anything other than a team-focused attitude from him, and I'm hopeful he'll be able to return by the end of the season. And that makes it four defenders on the injury list, none of whom have a definitive return date.

Anybody interested in donating? Rafa estimates that Liverpool need three world-class players to round out the squad, and he places a value of £20m on each. He's likely talking about cover for Torres, a winger, and another defender, but given the current financial state of the club, it's hard to see how this happens in the next millennium. He's likely to offload during the summer, but none of those that will be departing are going to bring in that type of cash, especially when Rafa talks about keeping the "spine of the club." However it shakes down, this summer is going to be a critical time for the club---it needs new investment, a change in personnel on and off the pitch, and a recovery effort coming off one of the more disappointing seasons in recent memory.