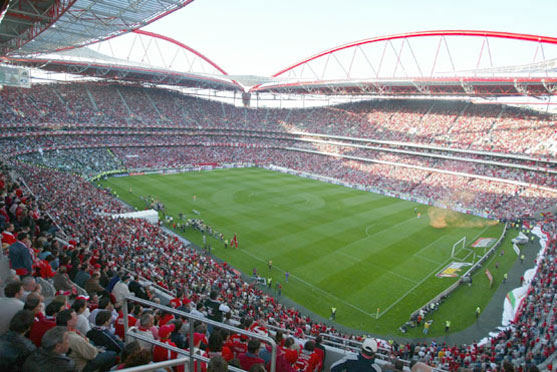 There's still some damn good European football to watch, so stay with me.

Because I'm not going to be able to watch any of it. Brace yourselves for uncontrollable amounts of jealousy---I'll be driving from Wisconsin to North Dakota. I know, I get an adrenaline rush just typing it. Imagine what it would be like to live it. But I'll be checking the score on the drive, since I just got a Blackberry and bumped up a social class. Massive amounts of cocaine use, a Tommy Bahama shirt, and a convertible are next on my list.

Anyhow, here's the normal matchday stuff, with projected lineups instead of actuals, and I'll hopefully have the obligatory recap post later on.

Come on, Albert. Does he really think it's that easy, after throwing a tantrum and crying for a transfer? Now he can just flatter the club and it's supporters, wooing us with references to Liverpool's status as one of the world's best clubs? Sure thing, just grab your kit and head to Portugal, you can start. Forget all that stuff about you lipping off and acting like a c*nt, Liverpool could really use your generally below-average form today!

As for what's happening in reality, the official site's got an interview with a couple of Liverpool fans from Lisbon, but they don't provide much that we didn't already know. I like how it's couched under the veil of talking with Benfica supporters, but it's really just a couple of conveniently-placed Liverpool fans giving their take on why Liverpool can beat Benfica. Matter of fact, check here instead.

Shocker, Rafa agrees! The video is mostly the standard, "The other team is good, it will be difficult, if we play well, we can win." Inspiring stuff. But the accompanying article has a bit more insight, particularly with Benitez discussing the difficulties that Liverpool have had related to depth this season. It's no secret that outside the starting eleven (and sometimes inside the starting eleven), the squad are lacking either experience or quality, and in some cases both. This obviously leads to questions about how this problem is rectified, with leads to questions about money, which leads to profanity-laced tirades about the owners. Soak it in.

And Steven Gerrard certainly has, at least when it comes to the impact of Sunday's performance against Sunderland. Ignore the headline, as usual, since the only time he actually references anything close to Benfica is the bit about "...heading into what is another massive game." It'll be interesting to see if this momentum is carried over, especially considering the plan of attack (or lack thereof) will be vastly different from the approach that Rafa had for Sunderland. That doesn't mean, however, that they can't carry over the type of performance we saw.

And unfortunately, that's pretty much where I check out for the day. Might have a chance to update again before I hit the road, and unless Word Press has a PDA application, you won't be hearing from me for awhile. Feel free to leave your thoughts or make corrections to the team sheets as necessary, and let's hope for Liverpool to get the result.