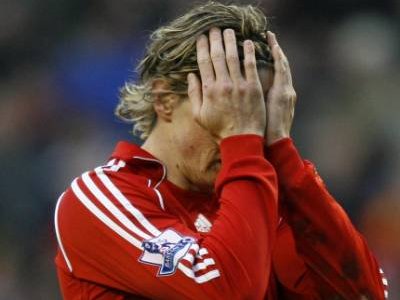 Just idly standing by as a football match takes place.

And here I thought nothing could be more difficult to endure than a third night in Las Vegas. But never underestimate this season's Liverpool and their ability to make 95 minutes of your life unbearable. Ugly, limp, tepid, petulant, and often amateurish. At least history was made. Oh, and Jon Champion most definitely reached climax when Rodallega poked past Pepe Reina. That pit in your stomach? Mediocrity and irrelevance.

So well done to Wigan, who clearly deserved to win and took the game to Liverpool for large spells of the match. Liverpool couldn't take the few chances they had and again made a mockery of those tracking passing percentage. It was undoubtedly a large step backward for Liverpool, falling further and further adrift of teams that consistently show mettle and commitment. It's painful, it's ugly, and the worst part is that it's earned.

Done with this for today, because it's all going to come out whiny and pathetic. Time to regroup.