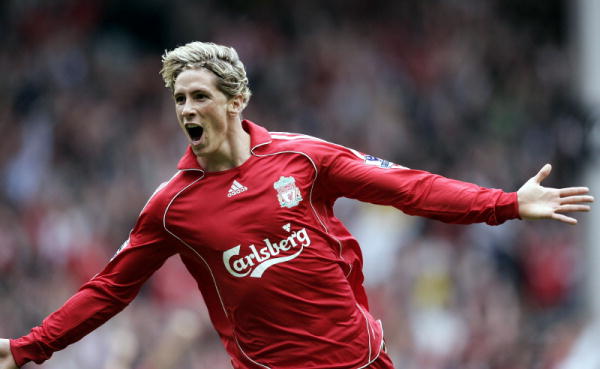 I don't especially care that it was against cellar dwellers Portsmouth, or what the odds were, or that it was never likely that Liverpool were going to lose. Because in this season, the expectations are such that no depth can go unplumbed. So sure, they smashed through our expectations today because we have learned not to expect much, but it felt so damned good that I honestly don't care. And that statement has no better evidence than my reaction to Ryan Babel's shot past Jamie Ashdown---a leaping, quasi-athletic full-body seizure accompanied by a snorting yelp. Oh standards of success, where have you gone?

Even with major changes to the starting eleven, I was unsure as to how this side would approach the match. With Kuyt and Lucas on the bench, replaced by Babel and Aquilani respectively, I hoped we would see more skill, more fluidity, and more attacking impetus. One of the major arguments for Lucas this season has been his passing statistics---yeah, he's up there in terms of successful passes (84% completion), but consider that many of these passes are neutral or negative. They add nothing to Liverpool's ability to move forward, and I'd argue he does vastly more to take away from Liverpool's attack than he does to add to it. And Dirk Kuyt, for all his effort and hard work, has had a tough go of it lately and maybe needs a bit of a break.

So after we learned the starting eleven we had our hopes, but it was the small matter of actually seeing those hopes translate into action. And for the first twenty minutes, we didn't really have an answer. Liverpool came out as they had so often this season---a few clumsy forward movements, a few nervy counter attacks from the opposition, nothing too convincing. But slowly the tide started to turn in Liverpool's favor, and as Portsmouth sat deeper and deeper you got the sense that it was only a matter of time.

And your sense was correct. It came about it a strange manner---Marc Wilson's back pass put Ashdown in an uncomfortable spot (not the back of a Volkswagen), and the replacement keeper's touch and clearance couldn't get past a leaping Steven Gerrard. The deflection fell to Maxi Rodriguez, who cooly collected and passed to an onrushing Fernando Torres, and after an easy finish it was 1-0 Liverpool, and sighs of relief rang out.

The echoes of those sighs had barely ceased when Liverpool found their second. After another deft forward move, Torres laid off for Babel, who allowed the ball to travel just a touch further and guided it past Ashdown. And to say the deft move forward was entirely due to Liverpool's skill would be erroneous, as Portsmouth missed a handful of tackles in trying to dispossess Torres and Babel. But it ended with Babel's goal, it was 2-0 Liverpool, and all was again right in the world.

It was from there you got the sense that Liverpool were playing football again, not treating the game like a round hole for which they had a square peg. And it was this type of play, started with a clever backheel from Torres, that led to the third. Torres' backheel traveled towards Gerrard, whose dummy allowed the streaking Alberto Aquilani to break his Liverpool duck. The young Italian's left-footed strike beat Ashdown at the near post, and Liverpool had accomplished in six minutes what it had taken them weeks to do previously---score three goals.

The rest of the match was marked by more of the same, including an absolutely class finish by Torres for his second and Liverpool's fourth. Nadir Belhadj got a late consolation from a well-worked attack for the visitors, and beside a Michael Brown shot earlier in the half, it was the only real Portsmouth attack. For Liverpool there was more fluidity in attack, more conviction in the forward movement, and just a general sense of ease that hasn't been present for a long period of time. The defense was again solid, led by Pepe Reina and Jamie Carragher, and despite conceding late they never let Portsmouth find their footing. It's easy to write this off as a product of the opposition, and I think there's obviously a large amount of the performance that can be credited to that. But there's also a very real possibility that Liverpool actually succeeded in what they set out to do.

Now the real test is to see how the next few days unfold. Lille come to Anfield on Thursday for the second leg, and substitutions for Gerrard and Torres seem to indicate that they'll play a role. Aquilani's 90, which he spent spraying passes about the pitch and looking lively, probably means Lucas is back at it on against the French title challengers. Which I'm okay with short-term, but if we're looking at how Liverpool start to gain some dignity and look somewhat respectable, it's going to be done with players that can get Liverpool moving forward with some sort of threat. And right now that doesn't involve Lucas.

The visit to Old Trafford poses a challenge to that philosophy---one, because Lucas and Masch in the middle is safe; two, because it's away from Anfield (duh); and three, because there's no f***ing chance anybody can influence Rafa but Rafa. But it'd be hard to see today's performance and not give some thought to fielding a similar eleven this weekend, regardless of who Liverpool are playing and where it's at. Yeah, Portsmouth is a very different side than United, and Liverpool are a far cry from the side that beat United 4-1 last season, but if Rafa regresses to what's safe there's no way the Reds challenge.

The one pock mark on the match was the elbow that Steven Gerrard delivered to Michael Brown---unconscionable and pretty much everything that's wrong with the way he's played this season, surely a red. And why, in such a match? Some move from the man responsible for defining Liverpool's character, and hopefully the FA takes some sort of retroactive measures. If it means he misses Sunday, so be it. It was a classless move and the last thing Liverpool need in this season.

In the end, though, it was finally the type of display we've been dying to see from Liverpool. I keep telling myself I shouldn't be so excited, but after a season in which they've struggled so much, it's nice to see one settled in such a comprehensive manner. Shame that it's coming so late in the year---I'm not convinced it's too late, but they're gonna need some help. Which they can give themselves, starting on Thursday.