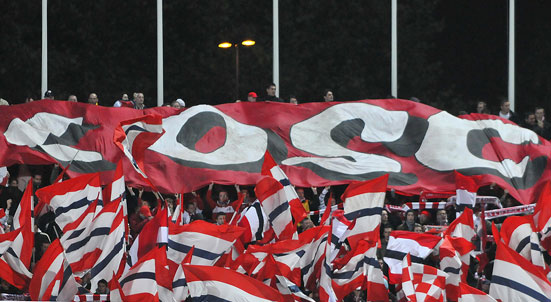 On DirecTV in the States

Same old, same old. Glen Johnson returns, as does Daniel Agger, and Ryan Babel gets a sniff on the wing. Professional ass-sliver gatherer Alberto Aquilani continues to excel, and Nabil El Zhar and Martin Kelly are the notable utes on the bench. We could see attack, we could see suffocation, whatever it is, let's hope it leads to an away goal. See you in the last ten minutes, Alberto.

As expected, Gervinho misses out through injury, but other than that Liverpool are going to get Lille's best. Danger men, as mentioned yesterday, come in the form of Eden Hazard on the right wing and Frau up top. Fenerbache hero Rami returns from injury to marshal the central part of defense.

There is no run-up. Only the present.

Also, I've been swamped at work and haven't had much chance to surf around looking for five different links that all say the same thing---Liverpool need to win.