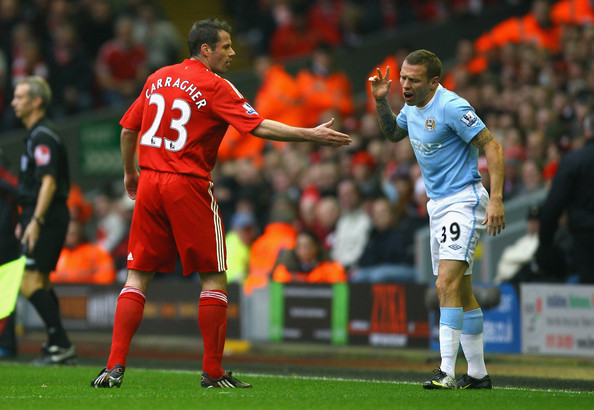 Obviously some big news on the substitute's bench, with Fernando Torres and Yossi Benayoun named to the full squad. I don't see Torres playing at all, and maybe a cameo for Yossi. Not sure how I feel about this---on the one hand it's great to see both back, but it also pushes some of the younger players out, in this case Dani Pacheco and David Ngog. Doesn't make much sense to name a less than fully fit player into the squad, so maybe we don't know that much about Fernando Torres' fitness. In the starting eleven, Ryan Babel gets the chance he's so desperately wanted up top, and you can't say he hasn't earned it. It'll be interesting to see how he operates as the striker.

Apparently there's some snow in northwest England, and there was question about whether or not the match would proceed as scheduled. As This is Anfield reports, however, Manchester City's official website states that there won't be any problems.

There's plenty of back-and-forth in the papers prior to this match, maybe moreso that any in recent memory. And it's not even really back-and-forth, it's mostly just coming from Liverpool's side. Yesterday Javier Mascherano refuted any idea that he would move to City and managed to insult their history, and today Dirk Kuyt is eager to throw his hat into the ring, making similar claims about the difficulty of buying history. The Liverpool fan in me laughs and feels good about players insulting the opposition, the pessimistic side of me sees the egg slowly sliding down their faces if Liverpool can't pull it off today.

As I mentioned, Ryan Babel in the starting eleven is something you could almost feel coming, and Rafa's praise seems to indicate that there's been a change of heart about the Dutch mixmaster. Granted, it was hard to go anywhere but up from Rafa's view on Babel during the January transfer window, which was essentially, "we really want to sell you but couldn't...fresh start? Friends?"

And Rafa and Sammy Lee have both called for focus prior to the match and emphasized its importance. I also called for focus yesterday, but that link is conspicuously absent from the official site. Whatever.