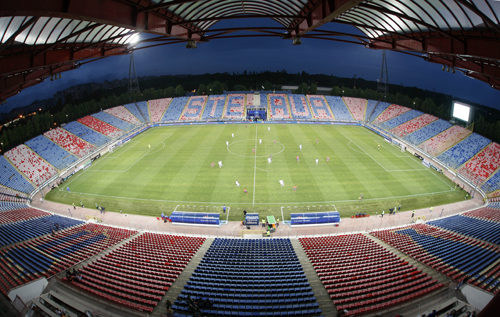 Your time is now, Joe Cole. Or something. As usual, interesting take on the topic from the manager:

"He isn't a naturally confident character. He suffers when things are not going his way.

"Everyone at the club has worked hard to make sure he doesn't take it too hard and take too much on himself, because he's quite happy to take responsibility.

"Sometimes those players can take too much on themselves and push themselves even further down. Everyone at the club, but in particular the senior players and his England colleagues here, has done a great job.

"I don't know how frustrated he has been. But he is a long time with us, a long contract and we know what he's capable of doing. The sooner he produces it of course the better for me, but there is no pressure on him in that respect."

Probably not anything worth getting fired up over, but I'd doubt Cole is too thrilled about his lack of self-confidence being splashed about the morning pages ahead of his return. Hopefully his therapist has signed a release of information for Roy---he'll teach that quack a thing or two about psychology.

Related to Cole, though, I'm curious to see how his return goes today (assuming that he's in the eleven) and beyond---with Roy stating that the first team is fairly settled, and something resembling cohesive, positive play taking place on a few recent occasions, it's hard to tell where Cole fits in. The absence of Steven Gerrard over the short term might open things up, but Raul Meireles and Maxi Rodriguez are both playing well right now, and Dirk Kuyt isn't likely to miss out. Cole's versatility will obviously aid him, but I don't know that he'll walk straight into a starting spot.

And on the world stage, there's this: Russia in 2018 and Qatar in 2022. Bad news for England and the US, of course, but great news for countries with serious oil money and shirtless horse-riding prime ministers. Silver lining in all of this is that there's plenty of time for the U-12 organizations in various countries to start the climatizing for 2022---average summer temperature in Qatar is only 115 degrees.