A Contrary Take on Roy Hodgson

Share All sharing options for: A Contrary Take on Roy Hodgson 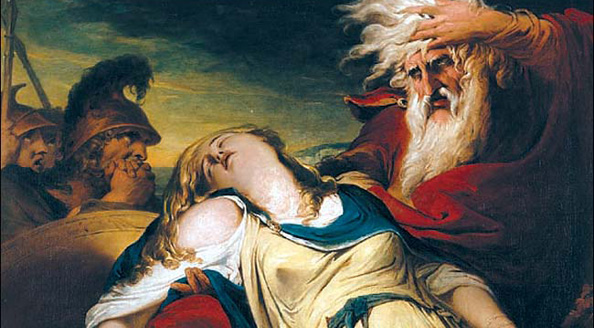 I have my doubts, of course. I think most of us around here do. After all, a couple of good showings on the bounce does not a season make, and when one steps back to view things as a whole the overall picture remains a somewhat less than encouraging one. Not to mention that even in this recent string of good results there have been a number of less than stellar moments.

Napoli, both home and away, can easily be looked at as a pair of results as much down to the opponent's underwhelming performance as to anything positive shown by Liverpool. In the away leg the Italian side came out even more passive than we'd become used to seeing from Liverpool under Hodgson: despite the massive advantage that came from playing in their violent cauldron they sat back, didn't pressure, and attempted to play on the counter as though it was the Liverpool side that had hammered Madrid at the Bernabeu who had come calling. On the return leg, too, after going one up they began to sit back in hopes of nursing the lead even while a tactically inept Liverpool saw it take until the 60th minute for Roy Hodgson to belatedly shape the personnel and tactics into something resembling a competitive side.

The Blackburn match looked fantastic for the reds, but most agreed it was Big Sam's tactical genius that helped them to shine in yet another example of the sort of football likely to seal his move to the aforementioned Bernabeu any day now. Bolton, then, was less convincing, but a win was a win was a win at a time of nonexistent confidence. And Chelsea, of course, produced the best first half we've seen from a Liverpool side in quite some time, but it also produced a nervy second as deeper defending and panicked clearances helped to shift momentum back towards the blues while reminding all those watching of the early-season horror shows.

So there have certainly been negatives, reasons to worry and refuse the company of that beguiling concubine optimism. But all the same there have been previously unseen positives, too, and it would be grossly unfair, disingenuous even, to only accept the negatives as valid points of information.

"There has been a lot of bad things written, false accusations and ludicrous stories being banded around.

"We have got through that by keeping our feet on the ground and trying to ignore it as best as possible and making sure it does not affect our work.

"We have to try to get rid of one of those performances and keep the other."

Beyond the slight glimmer of a bit of positivity on the pitch, there has also since Hodgson's massive blunder of naming and blaming Rafa Benitez been a marked improvement in our manager's dealings with the media. The learning curve may be steep, and the time he's taking to learn may be disappointingly slow when you consider he was brought in to steady the ship while countless people outside the club's core supporters sung his praises, but he does belatedly appear to be learning. Learning, if only a little bit, to not completely undersell the squad, while even acknowledging in a roundabout way that some of those earlier performances--ones that he would often, while they were actually taking place, seek to spin into fool's gold--were simply not good enough. A kind of level-headed optimism that suggests a 2-nil victory over Chelsea shouldn't be entirely unexpected? That it's good, a praiseworthy result, but not the most famous victory in the club's long history? And all this while taking a more militant line against the media's need to stir the shit that was displayed when outlets far and wide were buzzing about Torres and Reina running around with secret escape clauses? It very nearly sounds like the sorts of things I would expect a Liverpool manager to say.

Of course I know I cannot dismiss all the bad that has come before, but it would be unfair to dismiss that there has been a slow creep towards just a bit of good lately, and that Hodgson himself appears to have played a role even if at the first signs of light it was all to easy to seek reasons for improvement that would marginalise his role.

I'm not blind. I know that some of what he said and did early on seems to clash with some of the things he's been saying lately, but as much as I still doubt him--this is hardly a sudden about-face and a leap for the still largely deserted (aside from a few members of the media) Hodgson bandwagon--I more than anything do not want my feelings about any Liverpool manager to be largely negative, even if rationally I know that negativity is justified. Even if I suspect that long term he isn't the right man for the job, the right man to take us forward, I don't want him to be a villain. If the recent improvements, uneven as they are, still aren't anywhere near enough to justify his selection as manager of the club in the first place, perhaps they are at least enough to stop him from being that. Maybe they're enough to stop him from being a villain.

"Lucas has been strong mentally and he needs to be because he is a good footballer, like many of the other players who are getting stick or will get stick.

"We don't have that many bad players here but it is a big arena to play in and people expect a lot from players.

"Where Lucas has been strong is to put the criticism he has been receiving over the last couple of years behind him and get out and show he is a very good player.

"I've always believed in him and to be fair my predecessor never doubted him, playing him on a regular basis, so he didn't give the criticism any credence either."

Perhaps one would still quibble about how it seemed Lucas was trying to be shown the door towards the end of the transfer window, but even so it's not such a stretch to take what he says on face value as it speaks to his feelings now, both about Lucas and in the way that some of those lines reflect upon the entire squad. He's no longer talking about a weak team and needing five or six new players, and he's even giving a sliver of credit to his predecessor for being able to spot a bit of talent. The things he's said of late haven't made me feel embarrassed to have him as manager of Liverpool Football Club, and without much of what had come before to weigh against it they might even have made me feel good about him in that role.

In the end, too, new owners and a Director of Football now in place would likely buffer any cataclysmic damage he could do to the club's long term prospects even if he'd continued on doing what he was doing. Moreover, the man many thought was the best candidate amongst possible mid-season replacements is now off the table. So while not forgetting the bad, and while recognising that the last few weeks have still been far from universally positive despite the up-tick in points acquired and the corresponding improvement in league standing, there is something heartening in the idea that Roy Hodgson is finally showing signs he might not be the man to completely ruin Liverpool.

He may have been much slower on the uptake than would have been hoped for and expected, and there are still enough reasons for concern that it's difficult to imagine him being the man to take the club forward long term, and it may still be nigh on impossible to imagine him leading the club to the promised land of beautiful football and trophies to go along with it while a grateful Kop calls his name. But maybe, just maybe, if he can keep up his recent personal form and even continue to learn a thing or two, he doesn't have to be the villain that it looked for a time that he would become. Maybe, as one attempts to accept the world as it is instead of the world as they'd like it to be, that's enough for just right now.

At least it's better than the seemingly inevitable alternative of a month ago.