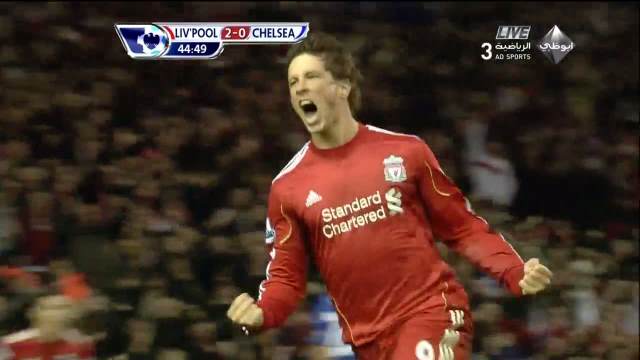 Instead of more thoughts, I'm basking in the goal of the early season.

This is partly down to sheer laziness, partly down to wanting to gloss over the fact that the second half nearly put me into an anxiety coma, partly down to not wanting to make excuses and attribute everything to Chelsea having an "off day," and partly down to going on a bit of a bender in the late afternoon to celebrate my best friend's baby being born. Weak excuses in isolation, but together it's a potent mix.

So let's break this down Zapruder style, because as with so much of what went right in the first half, it wasn't just down to one man. Even if that finish was f***ing delicious.

Scramble in the Midfield 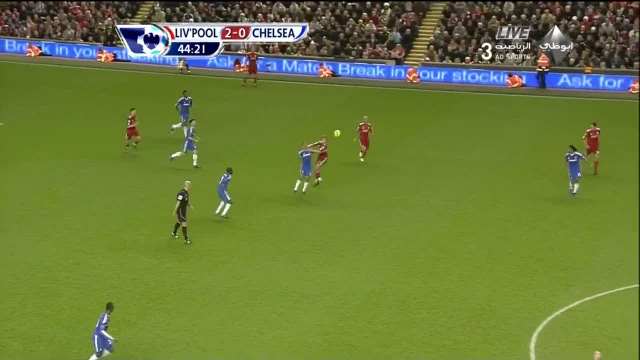 Earlier today I said we finally got what we wanted from Liverpool, and the midfield battle had everything to do with that. Chelsea were clearly unsettled, and it wasn't down to the fact that they were missing Frank Lampard and Michael Essien. This scene was plenty familiar---loose ball near the middle third, and Liverpool ready to swarm.

Closing Down Quickly and In Numbers 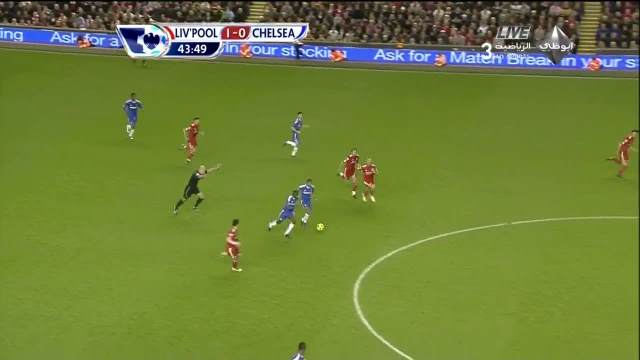 Here it was Lucas, Raul Meireles, and Maxi, but at other times Torres, Dirk Kuyt, and Steven Gerrard were involved as well. The common denominator all match long was Lucas, who was easily the man of the match if it weren't for Torres. The strength and quickness in the closing down was phenomenal for most of the first 45.

Dispossession to Attack In a Flash 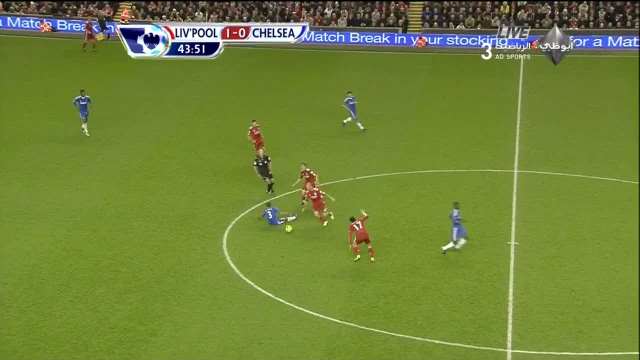 After he nicks it away, Meireles is headed towards the Chelsea goal in a flash, and Lucas and Maxi are right behind him. Kuyt is at the top left of the view, Torres out of frame on the near side, and Lucas, Maxi, and Gerrard all turning with Meireles in attack. For a squad who's lingered and retreated so often this season, the swiftness we saw here was a welcomed change. 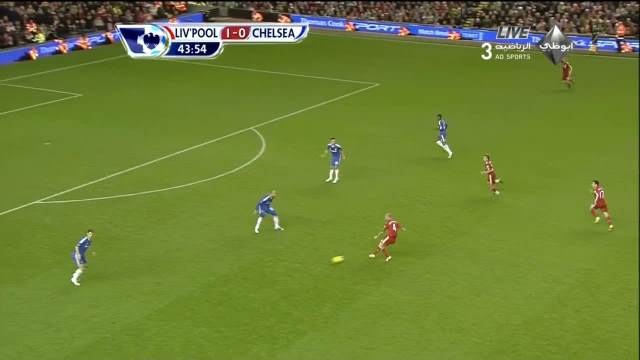 Because he was so well supported, Meireles had a fair few options---Kuyt's got his hand up underneath the Al-Jazeera logo, Lucas and Maxi are just behind to the right, and Torres is alone beneath Ivanovic on the left wing. Isolating Torres on Ivanovic was ultimately the best choice, as the Serbian got turned around and struggled to get tight on Torres. 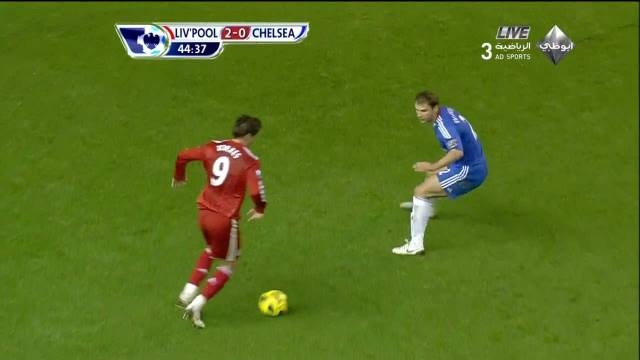 As I mentioned, Ivanovic was slightly turned around by the pass from Meireles, but he ends up in a position we've seen plenty of times before---Torres with space from the wide area, only left to choose which way he wants to go. We've seen him capitalize on both at different times, but given his recent form you couldn't have guessed he'd finish the way he did.

Cutting Right and Taking the Shot 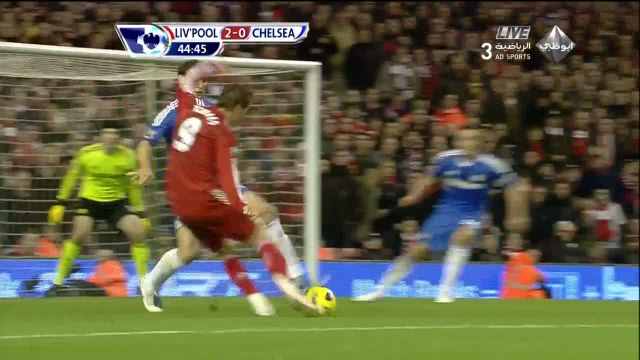 As a shadow of his former self, entirely disinterested and counting down the minutes to leave Liverpool, this was surprising. Low percentage angle, crowded box, the threat of John Terry's knee only a few feet away. But you know, whatever, might as well thread one through. 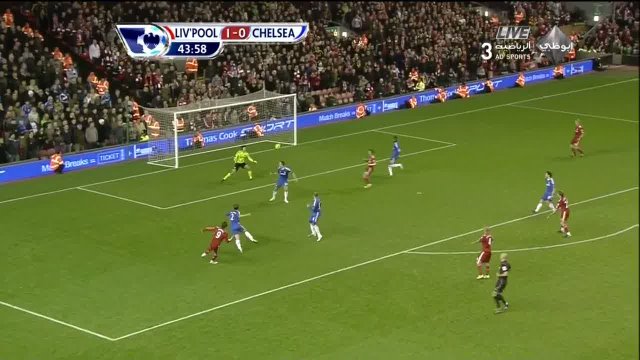 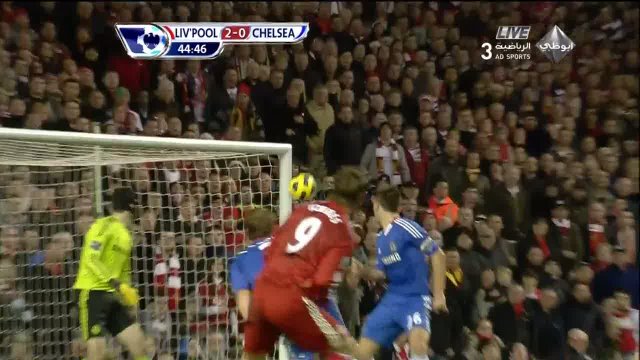 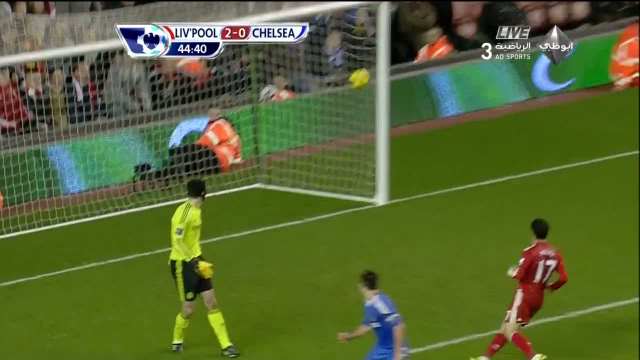 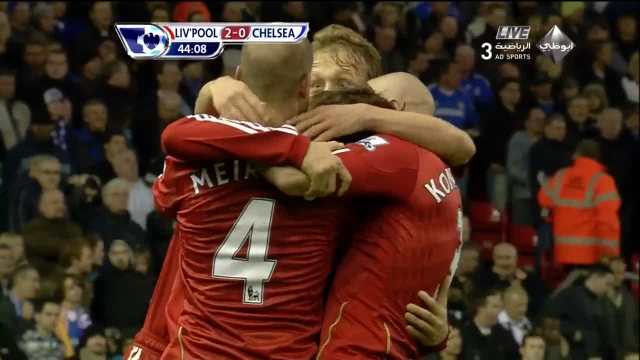 Love the eye contact between Lucas and Meireles over the huddle, equal parts shock, joy, and amazement. Second only to the hand-over-mouth bwahahahing of Dirk Kuyt last season on a scary-familiar Torres effort against Sunderland.

If nothing else, this effort showed what Liverpool are capable of: efficiency and pressure in the midfield, breaking quickly toward the opposition goal in numbers, and a finish of the highest quality. It's not going to come that way every time, though, and Liverpool still have to figure out how to unlock a defense from the edge of the final third.

Even though the quality wasn't matched in the second half, and there was far too much "let's just try to not let them score" for our liking, Torres' second was easily the highlight of the season thus far. Well done to Liverpool today, and let's hope for more of the same on Wednesday.