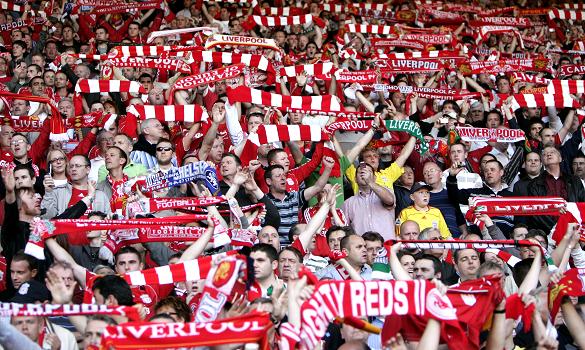 Oh dear. Christian Poulsen is back, as the rumored lineup floating around the internet is confirmed. Yes, there's Chelsea on Sunday, but with Roy's assurances that he wasn't going to rest many of the key men, I was at least expecting a bit more. Six changes isn't a ton, but when five of those changes come in the front six, there's bound to be a big difference. Encouraged by the start for Jonjo Shelvey, though, and excited to see if he can put in another quality performance against Napoli. And as has been the case since the great Northampton Disaster, no Dani Pacheco.

This section has increasingly morphed from "in the run-up" to "stupid shit Roy Hodgson says," so why make today any different?

But actually it's not all bad today, as Roy Hodgson first does a bit of owning up in the Rafa Benitez debacle:

"If I upset him by saying something which I didn't mean to be critical then I'd happily apologise. There was never any intention to do that.

"As far as I am concerned I work at Liverpool and do my best for Liverpool and he will work at Inter and do his best for Inter. I have no comments to make about other people's opinions - I'll allow them to make them and in this case I'll accept them if that's what they want to be."

It's only fair to acknowledge the fact that it seems like he realized where he screwed up, even if none of the backlash from the exchange focused on him. Outside of the Guardian, which Noel mentioned, Hodgson's quotes were treated as gospel in the media. At least he's aware that baiting someone who's more in the know about the club isn't necessarily a great idea.

The Damien Comolli appointment has also brought about a chance for Hodgson to weigh in, and as I alluded to yesterday, it's nothing particularly ground-breaking:

"The new owners do not want that model where one man, whether that be me or anybody else, or Comolli for that matter, has all the cards in his hand and can decide everything that happens at the club," he said. "They want that responsibility shared about and don't want one person making all the decisions. That doesn't mean to say that what happened in the '60s and '70s is wrong. That was fantastic and Shankly will always be the great and the Paisleys and Fagans who followed him ... will always be great and worshipped. That's part of a club's football tradition. It's called living when you live. The days of the dictatorial-type English manager – when no one dared buy a paper clip without his approval – are gone."

The quotes themselves aren't all that captivating, but I'm thinking it'll be worth watching around the time that transfer speculation ramps up. By all accounts Liverpool are going to be looking for something come January, and if Hodgson's still around, the way transfer targets are developed and negotiated could get interesting. Plenty of talk about him still wanting the final word on any transfers, which would seem to go against what the owners are trying to put together.