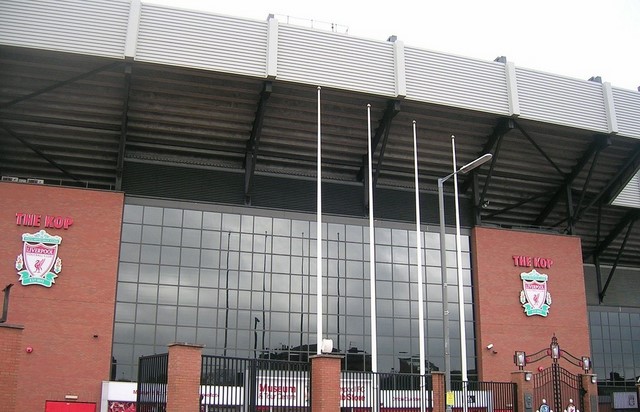 Have to say that I'm surprised that David Ngog fills in today---my money was again on Kuyt in a supporting role, but it looks like the Dutchman will be wide right with Maxi on the left flank. The finally-fit Glen Johnson makes his way back into the squad to join the familiar back line of Carragher, Skrtel, and Konchesky. And I'd guess that it's best-case scenario in central midfield, as Raul Meireles is played in position alongside Christian Poulsen. The Milan Jovanovic mystery gets more and more convoluted, as he's completely left out. Good for the confidence, I'd guess, particularly considering that the wantaway rumors have already started.

Unfortunately, even more predictable than a post-match rant from Roy Hodgson is the pre-match exclusion of Dani Pacheco from the team sheet. Apparently there was some sort of talk somewhere that his omission is an ongoing punishment for being late for the team plane , which, if true, is just good man-management. A 19 year-old running a bit late? Only once? Piss off. See if you'll get into Roy's squad. When they were late in Norway they couldn't even get on the plane---had to trek across the fjords by kickoff. Continental experience.

Anyway, I belabor the point, and Sammy Lee confirmed that Dani Pacheco does still exist:

"Dani is working hard and he is a good lad who is willing to listen and hopefully his time will come. Consistency is the key for everybody. We are looking to get a consistent run of results together and that comes by consistent performances from everybody.

"At the end of the day sometimes you have to play in a position that is not your natural one. You find out a lot of things about players when you play them in a different role. Dani has played in a number of different positions this season. He needs to improve, as do all of the players, and he needs to have more of an effect on the game. We have spoken with him about that and hopefully that will happen in the future."

So the moral of the story is that he is still alive, he's really quite nice, and he's the next in line for receiving the Roy Hodgson positional reassignment therapy. First it stripped Dirk Kuyt, Ryan Babel, and Nathan Eccleston of their histories as forward men, and now it's on to Pacheco.

Whatever the case, it's undeniable that most of the preseason shine that covered Pacheco has faded, and now it's sounding like an uphill battle for him to work his way into the squad. For all the speculation in preseason about his potential impact (which, for me, was very well-founded), it's now a case of wait and hope.