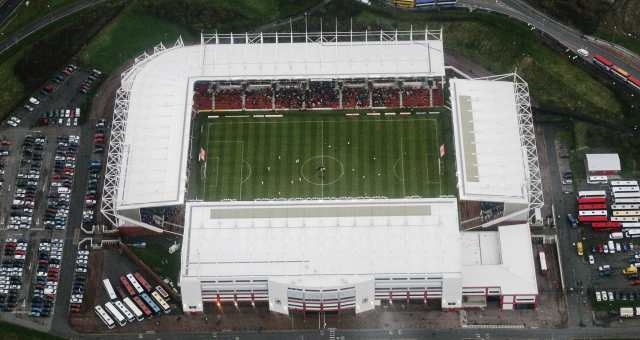 Same as Wigan and Chelsea, except with Sotirios Kyrgiakos in central defense and Jamie Carragher deputizing at full back for the likely exhausted Martin Kelly. No need to rehash the worries here---everyone's tired, probably lacking on full fitness, and Stoke are a bigger ask than Wigan. Slightly concerned.

As we know, Glen Johnson's been on the cusp of match fitness in the past week, and his is a return that most were looking forward to despite some concerns about his form, particularly defensively, to start the season. But he's undoubtedly got quality when he's on form and would, at the very least, provide depth at a time when the squad desperately needs it.

So of course we get the Roy Hodgson special:

"You would have to ask him the question: 'Do you think you're playing at top form and are you playing like the best right-back in the country for your club?' If he says yes obviously we will have to agree to differ and if he says no, then you'd have to ask the question: 'Why not?'"

I'm not going to pretend that all of a sudden I'm Glen Johnson's biggest supporter or that there's zero truth to what Hodgson's saying. The biggest problem is that, as usual, the manner in which it's been handled is comically bad.

Look, I'm all for being snarky and calling people out. That's why I'm here and, unless I'm missing the point, the purpose of a blog. But it's not the purpose of being a manager, and certainly not when a player's trying to work his way back into the first team. Noel used the term "self-serving" in the comments of the earlier post, and I don't know that there's any better way to put it.

This is the exactly we've come to expect from Hodgson---poor timing, poor phrasing, and zero accountability. And to top it off, we've now added singling out players to the mix. Insulting a group of players, whether they're young or in the reserves, is too broad. The blame is more direct this way, I suppose.

I guess it's important to remember, though, that we're essentially talking about a man who could externalize the blame for producing a smelly fart. That's Liverpool's manager.

Hopefully not for long.