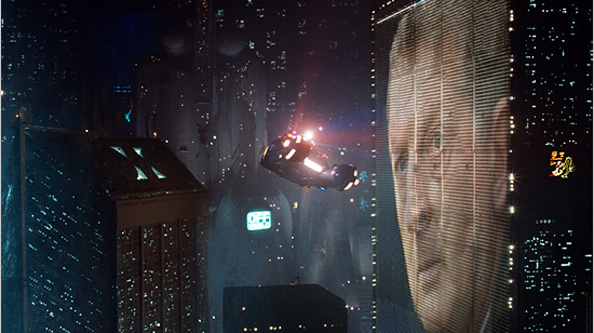 "We didn't deserve to win the game," he says.

"You're preaching to the converted," I say, taking a deep breath and looking down at my hands, swirling my drink nervously. "And you know, I wanted so badly to give you a chance. To give you the benefit of the doubt."

"We looked tired today and I don't think our passing was anywhere near as good as we expected it to be."

"Well, sure. Big game against Chelsea just back on Sunday, Kuyt returning from injury, Lucas in particular looking dead on his feet after keeping Malouda in his pocket for ninety minutes. I mean, I didn't expect massive changes after a generally positive display like that, but two or three to help keep the side fresh..."

"I think we can be more than happy with the point we got from the game."

"I guess if rotation's a dirty word then one is better than none in the circumstances," I say, more depressed than angry. "And one's probably more than we deserved."

"Even though we had a spell when we were pretty much in control," he says, "there were also long periods, especially from the start of the second half, where we just invited Wigan on to us."

"Deep lines invite pressure. Hoofing it to isolated forwards invites pressure. Playing route one football with players suited to possession invites pressure, results in turnovers, it... We've been over this and over this and over this. I mean, hell, I thought somebody might have finally gotten through. Thought we might have turned a corner as a club. I mean, what the hell's so hard about pushing the lines up and fielding a couple of fresh players so that we can, you know, press like a top side that isn't happy to be Miss Congeniality going home with a point?"

"You don't say," I say, trying not to sound too unimpressed.

After a moment, he continues: "We consistently gave the ball away and as a result they took advantage and equalised."

"You say that like you aren't the one setting the team out to defend deep, isolating the striker, and fielding tired players when we've got another quick turnaround and Stoke coming right up on Saturday."

"We have five injuries at the moment," he says. "We finished the game with Martin Kelly, Jonjo Shelvey and Nathan Eccleston. That's what we have at the moment. Hopefully we will get some players back soon."

"I'm sure they'll be thrilled to hear how highly you rate them. But still, Jovanovic and N'Gog were available. And what about Wilson and Pacheco who didn't even make the bench? Aurelio's still floating somewhere in the temporal void. Hell, even Spearing's looked a decent option a few times--better than Poulsen, at the very least, and better than players who can hardly stand by the end of the match let alone run."

"Now we have to work hard to get players back in the right physical and mental frame of mind for another tough test at Stoke."

"I'll say. Stoke should be a tougher test, and if two days wasn't enough time for the squad to recover from Chelsea and you didn't have faith in anybody on the bench--aside from Poulsen, maybe--I can hardly bloody well wait for the horror show we're going to be subjected to on the weekend. And speaking of Poulsen: really? Just really? For fucking Kuyt? That's showing real intent when you've got Jovanovic and N'Gog on the bench and Pacheco booking his tickets to join Pellegrini in Malaga."

"We knew this game would be difficult because Wigan are not a bad side at all..."

"Come off it, Roy: There's not bad and then there's good, and even starting N'Gog and Jovanovic and Spearing to give Kuyt and Lucas and Torres a break after the weekend should have at least seen us put up a fight. We're Liverpool Fucking Football Club, and even with injuries and quick turn arounds we should be good enough to put up a fight! But no, it's back to the same underdog, defeatist, scrape out a lucky draw tactics we saw up through the Everton match and then in the second half against Chelsea. I mean nursing a one goal lead for eighty-three minutes? Was that part of Management 101 back in 1873?"

"You just stabbed yourself with that lime green plastic cocktail sword. I think you're bleeding, too. Though that might just be the cherry making it look that way."

"Well at least it's not my ear this time, then."

"Now that's just unpleasant," he says. "Did you really have to go and do it again now?"

"It seemed like a better idea than hearing you go on blaming injuries and tired players when the real problem is your tactics and refusal to rest anybody."

"Yeah, it is. And at least I can figure out the cause and effect at work here. Bleeding from the temple? Holding a little plastic sword that's got blood on the hilt right where the rest has snapped off and left a cherry stuck to the side of your head? Well, you might have done something stupid and self-destructive. It's not fucking rocket science."

"Do you really have to swear so much, son?"

"I'll let you know after Saturday," I say, and slug back what's left of my rum, vodka, and tequila spiked Shirley Temple. "Until then..."

"Sure, I'll show myself out. You know, I'm just trying to help you understand. I know you don't have my experience, my perspective. You haven't seen what I've seen. Things you people wouldn't believe. Reindeer on spit roasts in the snow of Stavanger. I watched the new electronic timetable glitter in darkness at the train station in Zürich. All these... moments will be lost... in time... like tears in the rain."

I cut him off with a thrust of my line-green mini-sword hilt: "Fine. Maybe one of these days it'll make sense to me how you think our problems on the pitch aren't as plain as this little sugared fruit at the root of my second biggest headache of recent months."

"Oh, now the wound is spurting like your ear was. Do you want me to call an ambulance...?"