Tuesdays with Roy: This Time on a Tuesday

Share All sharing options for: Tuesdays with Roy: This Time on a Tuesday 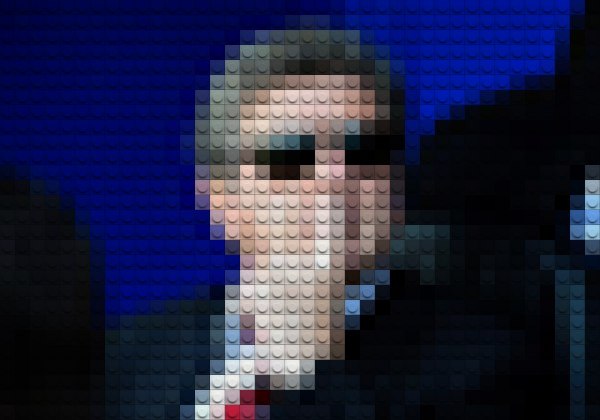 **As he is wont to do, Roy Hodgson agreed to sit down with the Liverpool Offside to discuss the heres and theres of the past week. And as was the case last time, this is largely an assembly of his actual quotes juxtaposed with the cold, stark, empty reality in which we exist.**

"I think he'll be alright, although this weekend can't have helped." My tone betrays my intent. Immediately I realize that, while I meant for it to be a light-hearted jab to break the ice, it came across as accusatory and, unfortunately, anything but light-hearted.

To his credit, Roy doesn't miss a beat. "We were anxious to get back on track but no words or anything I can say will change things or make it any better. Blackpool’s great result is our nightmare result. The last few results have been very, very bad. At the moment things look really bleak because they are conditioned by our most recent results."

"Well, that's not exactly a blood transfusion for Noel," I think to myself. My self-restraint is kicking in, though, and I refrain from making another early blunder. "So what do you take away from the result, then? I'm admittedly poor at mathematics, but six points from the first seven matches doesn't seem like the finest return."

“There is a lot of work to do, there are a lot of things to sort out," he responds. "I cannot escape that, and I will not hide from it. Things are difficult. The fans are frustrated. It is understandable. I am the manager, I am the one who has to take responsibility and I have to accept their right to aim their frustration in my direction.”

I recognize Roy's tone and sentence construction as being similar to something I've heard before. Short sentences, desperate intonation, stating only the obvious---too many Thursdays spent on the couch with my wife are finally paying off. Roy's depth of statement is straight from Gray's Anatomy, the clearest indication yet that all is not well. I decide to play along. "Right, Roy, you are the manager. Things are difficult. Fans are frustrated. 18th spot in league isn't exactly the status quo, is it?"

His eyes dart around the gas station coffee shop he's agreed to meet me in. "If you are in the relegation zone, then you are in a relegation battle," he blurts.

"Oh, dear." I can't contain my concern. "So you're saying that at the current moment, Liverpool need to be..."

I can't help but laugh a bit. "Funny you mention psychology Roy, that's actually my area of expertise," I say. "There's actually a few things I've been wanting to ask you. For instance, how would you feel about a comprehensive battery of cognitive assessments?"

The questions lingers in the space between us for what seems like an eternity---I can tell he's struggling to understand whether or not I'm being serious. In fairness, the question was asked in jest, a weak attempt at easing his nerves. But as I watch his eyes move back and forth from his 18oz. decaf Tesoro Breakfast Blend to my bemused face, I can't help but wonder if I should end this meeting abruptly and provide him with a few referral resources.

Finally he breaks the silence, although it's a departure from my offer of psychological services. "I don't think you go from being as feted as I was in May to suddenly losing any abilities I have three months later."

His expression changes, and he's now on the front foot. "It's a question that's going to get asked but it shouldn't really be asked by people who've been in football for a long time, because they know that in football you have good moments and bad moments."

Gulp. I've been outed. Now I'm scrambling---only following club football for five years, a period of time that could only be classified as infantile compared to Roy's extensive vita.

He goes for the kill. "At the end of May I was having fantastic moments and at the end of September I'm having bad moments, but I don't think that after 35 years of coaching I've suddenly lost the abilities that have served me so well. We've got to trust in the players because until January we can't do anything about that. We changed formation two or three times (against Blackpool), there were several attempts to change things around. We had Dirk Kuyt playing as a front player, then we moved him wide and moved Joe Cole in. We moved Meireles into the centre and brought on another wide player."

He leans back in his chair, no doubt pleased with himself. I see the internal pep-talk kicking in. "Showed that prick, didn't you Roy? Nervy little twerp. Five years? I've managed from Norway to Italy to Switzerland and back again. I'll tell you where you can shove your..."

"Yes, but none of it really worked, and it's not May anymore." I've regained my senses, grateful that he brought up his tactics. I've got an out. "These 'changes' you made were mostly a result of your own tactical shortcomings to start the match---errors that we've all seen far too consistently this season. Your most expensive signing, by all accounts a fantastic creative central midfielder, played on the right flank, a constellation of aimless drifters in the front four, a reliance on the clearly overmatched and underskilled Christian Poulsen in central midfield. Congrats on ringing in those 'changes' during the second half of a match you're losing, at Anfield, against a side that hasn't played top-flight football in nearly 40 years, and a manager who hand-delivered his approach to you seven days in advance."

Things have gone from bad to worse. The cashier notices the tension, and after she rings through $20 on pump four, she freshens our coffee to break things up.

Roy starts to gather his things. "Sorry about that, Roy. Actually, I've got a few more questions to ask. Renowned (by himself) pundit Mark Lawrenson thinks you're in crisis. What do you make of it?"

He actually starts to chuckle, and it catches me off guard. Obviously he's seen Match of the Day. He stands up and reaches across the table to shake my hand, making it clear that our time together is over. Before he turns to leave, though, he's got one last thing to say.

"With 31 games left to play I am absolutely convinced Liverpool will not be in the bottom three after 38 games. Whether or not this bad start is going to affect us in our ambition to be nearer the top of the table that is another matter. That is something you can accuse us now of not being able to do. But I think to suggest, especially after seeing what we did in the second half against Blackpool, that we are a relegation candidate would be stretching credulity to the limit."

I sit back down, bewildered. "Second half against Blackpool?" My mind races back to watching a slightly more urgent Liverpool stutter and stammer against a side who, by their manager's own admission, use their attack as their main form of defense. Sotirios Kyrgiakos as a center forward. Maxi Rodriguez on in the 85th. 2-1, Blackpool over Liverpool.

All I'm left with is thinking that "stretching credulity to the limit" would be using a one-goal half against Blackpool to suggest that everything will be okay.