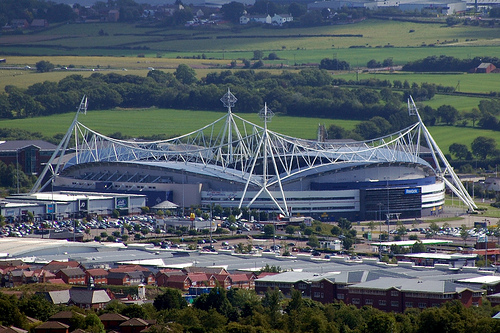 This is encouraging stuff to say the least---same squad as against Blackburn, the best eleven Hodgson could select, and an actual chance to see Liverpool play a decent brand of football. That all depends on Hodgson's tactics, but this eleven has, at least last week, shown that they're capable of pressing and pushing for large spells of the match. Interesting to see how they handle Bolton, though---as we've talked about, it's not going to be like facing Blackburn, but that doesn't mean Liverpool have to sit back and absorb for 90 minutes.

As is customary before matches lately, Roy Hodgson has gone ahead and made himself the center of attention for all the wrong reasons. It only makes wanting him to go easier, doesn't it?

First, he discusses the striker situation, which was mentioned by Grubb yesterday in the preview thread:

"That's clearly not enough. A club like Liverpool shouldn't have to rely on non-specialists like Dirk Kuyt or Ryan Babel 'doing a job' up front when they are primarily wide players. We have the same problem with the reserves. We don't have any strikers and a winger called Nathan Eccleston has to play up front. In training, I can't have practice games where each team plays a 4-4-2 because I don't have the front players to do that."

Right. Non-specialists. That arrived at the club as strikers. All that talk about Kuyt as a converted winger or right midfielder or whatever it is that he does, that makes him a non-specialist. Excuse Ryan Babel's "preferred position" as a striker, which he's moaned about since arriving and, earlier this season, was assured he'd play in. By Roy Hodgson, of course. And poor Nathan Eccleston, who's been criminally misused during his time in the reserves and youth academy as a striker. Ignore that rebellious official site, which classifies him as a "fast striker currently learning his trade in the reserves."

But this isn't even the worst, as Hodgson felt the need to pile it on, yet again trying to separate himself from Liverpool's more recent, more successful manager. By passively insulting him, of course:

"I'm not prepared to pass up on quality people who can help because of a fear the day may come when the club decides they want Kenny as manager. That wasn't the case in the summer, but that's not to say it won't be the case forever. I don't know. I have no fears in that respect because I know my qualities and I'm not a political person. He is doing a great job alongside us and we involve him in our scouting while he still works at the academy and plays an ambassadorial role. That's what he's good at.

"You cannot find a better person for that than Kenny. I told him I was disappointed he went for the manager's job because for me he should be working for Liverpool on a permanent basis, long after I leave for years to come assisting all future Liverpool managers. When it was mooted the club wanted me for the job I made it clear to Kenny I wanted him on board and it wouldn't be like it was with Benitez where you are here in name but never allowed to set foot into Melwood and we don't want anything to do with you."

Ladies and gentleman, your Liverpool manager.