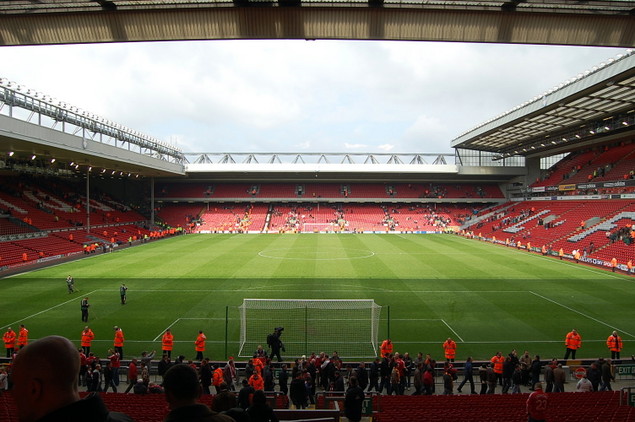 No clue where this one's televised live, but share the wealth if it is.

Pretty much as expected, including everyone's assertions that it'll be Konchesky instead of Aurelio. As usual, no telling what shape the squad actually takes, but a strong front four and a central midfield pairing that could actually have a positive impact. Interesting to see how Raul Meireles and Lucas negotiate the duties if they are a true pairing in the middle of the park---Lucas has looked best when he's freed up a bit, but we've come to expect attack and creativity from Meireles since he's arrived. Two players serving some sort of attacking function? Never.

It wouldn't be a matchday without a couple of goosebump-inducing quotes from the manager, would it?

Let's start with the Express, which has Hodgson waxing poetical about the difficulty Liverpool face against Blackburn and the wisdom of adapting one's approach to fit the team:

“Blackburn are a good team who are very hard to beat. They know very well what they set out to do and they very often achieve what they set out to do. I have no comments to make on other people’s judgments. There is no right or wrong way to play, just different ways of playing. As a coach, you have to choose the right way for your team."

“We understand what we are going to be up against and we have to make certain we are good enough to deal with it. More importantly, we have to ensure that our football causes them problems. That result in Naples will not only inspire the players who featured there but the players who were left at home.”

Up against it. At home. Against Blackburn. Good enough to deal with it. Of course.

Basically the equivalent of handing the reigns to Blackburn prior to the opening whistle, which is entirely consistent with the tactical approach he loves so dearly. Nevermind the famous result in Naples, Liverpool overcoming Rovers tomorrow would be this season's equivalent of 4-1 at Old Trafford. Just imagine Christian Poulsen elbowing David Dunn in the chest as he shins one past a flailing Paul Robinson. Rapture.

I dunno, I guess I don't see it. All that talk about overcoming obstacles and the depth of the despair upon arrival has sort of just turned into creating insurmountable obstacles out of matches against average competition, blaming anyone and everyone that has a pulse, and then heaping more despair upon an inherited situation that, in hindsight, was not really that bad.

Anyway, mountains from mole hills wasn't enough for our dear boy. Here, Roy gives his thoughts on Frank Rijkaard's name being linked with his job:

Snark? Check. Insulting a manager of some quality and reputation on the continent? Check. Actually mentioning that he went to Blackburn, where he ran them into the ground before getting sacked? Check. Sending me into the deepest depression of my life with the idea that he'll be around for two and a half years? .....................