Share All sharing options for: UPDATED---L'pool 0, Napoli 0: Please, Make This Evidence of Progress 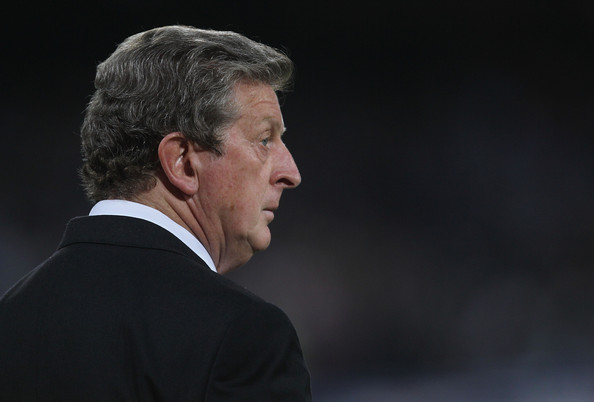 In fairness, an all-together decent enough result as Liverpool share the points with Napoli.

But let's not kid ourselves---today was not going to convince anyone that Roy Hodgson should be sticking around past Sunday (or yesterday for that matter), and the performance was fairly consistent enough with what we've seen in the months since his arrival. Even if the Mirror is touting it as a "spectacular gamble." Woah, starting Jay Spearing and Jonjo Shelvey, settle down, fella.

To steal Noel's mantra, we got more deep-lying banks of four with little pressure on the ball, plenty of hoofs forward with a glimmer or a chance here and there, and a Napoli side that was not necessarily at its most threatening. More frustration for Ryan Babel, snapshots of progress for David Ngog, and an above average display for Jay Spearing. Other than that, you get the impression that Hodgson's going to be absolutely delighted with the performance. Not that he shouldn't be--I'll bet he can't help but assert that it's THE BEST LIVERPOOL HAVE PLAYED SINCE HE'S BEEN HERE.

The real revelation of today was the play of Jonjo Shelvey, who was clearly gassed by the end but lived up to his billing for most of his time on the pitch. He spread play confidently, directed players around, and gave a glimpse of his capabilities. One for the future, to be sure.

I'd say let's get serious before we start flinging around accusations about who's a real fan and who's a disgrace and who's got an affinity for stuffing hot dogs into orifices that hot dogs weren't meant for, but alas, it was too late merely minutes after this post went up. This is likely the most inflammatory an opinion of mine has been since I joined up two years ago, and it's too bad, because I would have at least preferred that it was an original one.

But let's do get serious for a bit anyway, because this warrants further discussion for the seven people remaining on earth that think Roy Hodgson is moving Liverpool in any direction other than laterally at best.

Today was not an indication of Hodgson's progress in any way, shape, or form. Granted, it was an admirable result with so much swirling around his head. Not a huge fan of the post-match defiance, but I'm in complete agreement that it was a good performance from an under-strength side.

Today was another "good point" for Hodgson, and if all the others weren't "good points" or "good performances" or "the best the club has been all season" it would carry some weight. Every point is a good point, and that's a big part of the problem. The point was good today, but it was not good against Sunderland, disappointing but somewhat understandable at Birmingham, and heartbreaking against Arsenal two lifetimes ago.

The "good performances" that Hodgson's overseen are similarly disenchanting---lucky to nick a 1-0 win over West Brom, dreadful against Everton, Blackpool, and Manchester City, and lifeless for all but 15 minutes at Old Trafford. Good record in Europe, yes. But it's the same old song and dance every time out under Roy Hodgson, and in my opinion, it's not nearly good enough.

Sure, you could cry for patience and say that not supporting the manager is tantamount to pissing on the center circle at Anfield. But for me, supporting the club isn't about blind faith and unquestioning devotion to individuals, and in no case is that more relevant than with Roy Hodgson. Others have been saying it long before I picked it up---nice man, wrong job.