Share All sharing options for: The Old Oranje Tree 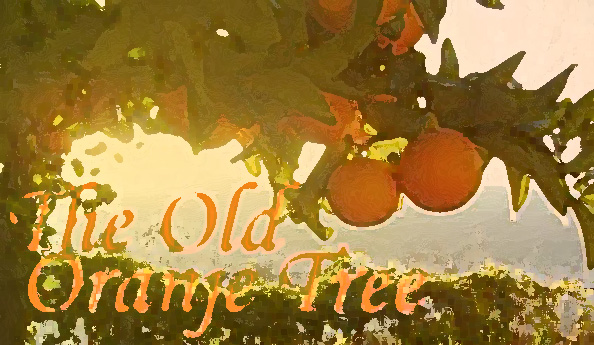 **Rejoice! Rejoice! Your essay of the week (but this one isn't painfully long, I promise) has arrived to explore the split legacy of Dutch totaalvoetbal with a particular interest in some of the names being mentioned as possible replacements for Roy Hodgson. Hopefully you won't find it too out of place on a Liverpool-oriented blog**

There has been talk lately of Frank Rijkaard as a possible replacement for Roy Hodgson, even if it turned out to have been both premature and potentially foolish. In part it seemed a reasonable shout given that NESV and John Henry have come in making statements about looking to Arsenal's set up with Wenger as a model they would like to emulate both for the style of football it produces and for its ability to field a competitive team against clubs with more money to throw at the transfer market. Rijkaard comes from the same school of thought as Wenger, with both men football purists who look back to the Dutch heritage of totaalvoetbal to inspire their pass-and-move take on the beautiful game. These names throw a focus on one half of the grand legacy left by Michels and Cruyff, but only half of it.

It is generally agreed that in the modern game there is no room for a club or country to play as the Netherlands once did. For all the beauty of their system, it relied too heavily on the footballing intelligence of all ten outfield players on the pitch, as well as leaving little room for positional specialists in favour of smart generalist footballers. It also had the benefit of going up against many very tactically naive sides from the days when managers like Roy Hodgson and Harry Redknapp were just learning their trade and a simple 4-4-2 and heart could get you to glory. Up against a modern manager with a touch of tactical nous and a few key positional specialists, the free flowing total football of the Dutch would likely see a squad ripped to shreds. Jose Mourinho, one expects, would have a field day. As would managers such as Bayern's van Gaal and Bert van Marwijk, the current Dutch national team manager.

The latter two are names that have also been mooted by some Liverpool followers as potential replacements for Hodgson, and while it is hard to imagine a scenario where Bayern's manager would jump ship mid-season--assuming he would at any point--the interesting thing about both of them is that they represent the other half of the Dutch footballing legacy. If Rijkaard and Wenger looked at the Oranje of old and saw beautiful football with style and panache to aspire to, van Marwijk and van Gaal instead chose to embrace the underlying tactics that led to the Netherlands' nickname being The Clockwork Oranje. Precision, movement, stamina, footballing intellegence, and the use of tactics to help give an edge over a more naive opponent instead of beauty and flow is what the later duo focused on.

For all that all four men come from the same tree, one with its roots firmly planted in those great sides that never quite achieved the glory they sought, they also come from very different branches. Of course in the real world things are not so clear cut, so black and white. But when it comes to examining the underpinnings of a footballing philosophy it is instructive to work down to the bedrock from which that philosophy has grown, and for all that it is admittedly a gross simplification of the situation, at its base level it can be said that the final failure of totaalvoetbal--its inability to win everything in the end--and the overall tactical advancement of the game has led to two distinct schools of thought that grew from those roots. It's a case of beauty versus precision, as some see the pure end result and seek to install only enough tactical precision and defensive steel to make such beauty possible in the modern game, and others see the interlocking tactics and movement as a base from which to build an edge over an opponent while any created beauty is strictly secondary and a result of the truism that precise things can be very beautiful--if often very sterile--things.

I admit that I was one of those who viewed van Marwijk's tactics at the World Cup as being a repudiation of the Dutch legacy. Perhaps even a sullying. In retrospect I was wrong, as he simply chose to embrace a less obvious aspect of that legacy. An uglier aspect of that legacy, undoubtedly, but still with clear roots in the old ways if you're willing to look past that superficial brutishness to the striving for an underlying precision of movement, passing, and position matched with intelligence.

None of this is to say that Rijkaard, or a manager of his sort, categorically couldn't succeed at Liverpool despite an at times naive approach that largely overlooks an important detail in that for all that totalvoetbal would be tactically weak against modern opposition, it was an incredibly advanced system for its time. That it was so far ahead of many of its competitors is an oft overlooked aspect, especially by those who consider themselves football purists, and as such they can look back to the beauty without seeing the need to consider radical alterations in the face of continually advancing tactical realities. Conversely, the other current school of post-total football can often produce some beautiful moments through its embrace of precise and demanding tactical football. Beyond all that, I also want to avoid painting with too broad a brush through oversimplification, and as such it must be said that at the very least Wenger appears far more tactically concerned than Rijkaard, who has only looked truly superb using a system nearly as mired in the past of another country as Roy Hodgson's is mired in the past of his when he had a massive talent advantage.

For those who think of Rijkaard as a top level manager there is an uncomfortable truth to be found in his own past: he looked like a world beater when he had some of the best talent in the world at Barcelona, but comparing him to his successor only casts light on his shortcomings and paints him as a frighteningly naive manager whose best hope to achieve anything in England would be at a club like Chelsea or Manchester City, and even then he would be likely to underachieve relative to the class of player on hand. His successor, Pep Guardiola, stepped in and immediately turned a great squad into the best in the world by adding a bit of tactical know-how and a killer instinct that showed just how incomplete Rijkaard was as a manager. In a world where the Dutch legacy has split into two distinct schools pitting the beauty and precision of their past against each other, Guardiola is in a quite frankly unique position in that of all the big name managers there may be nobody currently in the game who embraces both sides quite so fully, drawing on both of the split halves of the legacy to move forward rather than focusing on one and largely setting the other aside.

On the subject of nature and nurture combing to produce the final product, he is an interesting case study whose approach to the game would have difficulty existing elsewhere: a product of the Cruyff-inspired, attack at all costs and look pretty while doing it Barcelona system that he's been part of for nearly his entire life, he was also a thinking man's volante in his playing days--a tactical holding midfielder who rose to prominence as much for his footballing IQ as for his ability to be a destroyer. His nature is tactical and defensive, his upbringing one that says he must embrace beautiful football, and he comes from within a narrow system where if the former inclination is strong enough it must still coexist with the demands of the later. Where the Dutch system as a whole now spreads even beyond that country's borders and as such is easily broad enough for two schools, Barcelona is but a single club, and as such it would have been extremely difficult for Guardiola to stay within that system if he had been determined to become a cold-blooded tactical descendant of totaalvoetbal as van Gaal and van Marwijk had the freedom to do.

Given his success it is entirely likely that in the future there will be managers determined to embrace and recombine the broken halves of the Dutch legacy to carry on this more modern, tactically sound descendant of total football that looks heavily to the pure tactician's 4-2-3-1 for strategic concepts with which to prop up the beauty. There may even be younger managers at other clubs who will have an inclination towards just such an approach who will now be emboldened by Guardiola's success, meaning that we may not have to wait very long to see pretenders to the throne with varying levels of success. Perhaps one of those will end up at Liverpool, or perhaps Hodgson's successor will be one of the aforementioned managers who more clearly fall into one of the two discussed schools of thought. And of course it could be somebody else entirely. It simply seemed an interesting thing to take a closer look at, given all the talk of Rijkaard and Wenger, and given some of the other big names out there who might be available as mid-season replacements, all of whom can claim descent from the old Oranje tree planted by Rinus Michels.