Like any good Liverpool blog, this will serve as a reprinting of everyone else's updates. And by that I mean the Guardian and Twitter.

So here's where we stand:

• Martin Broughton's Liverpool FC board has still agreed to sell to NESV.

• The Royal Bank of Scotland's deadline for its debts to be repaid is today.

What is also probably the case:

• Hicks is trying to stitch together a last minute deal with Mill Financial, which already holds George Gillett's stake.

So even with the injunction lifted, there's still a very good chance that Hicks is in his lair---there is no doubt he most certainly has one---patting the pads of his fingers against one another, waiting to hatch his next diabolical plot. George Gillett is surely in the prone position on his lap, purring softly.

Updates coming sporadically; I'm sure Noel will make a cameo at some point, likely with a photoshopped image straight from the bowels of hell, and with the Dallas High Court of comedy scheduled to start at 1pm British Standard Time, there's plenty on the horizon. I'm operating under the assumption that everything will happen during my 45-minute drive to work, yet again convincing me that the real world is for idiots.

**UPDATED** So Mill Financial has worked their way into this saga as a major player---initially present because of the fact they took over for the extraordinarily impotent George Gillett (I meant financially, pervs), they're now looking like Tom Hicks' final lifeline:

"Mill Financial approached Premier League yesterday seeking approval under owners' and directors test," tweets Telegraph's Paul Kelso. "Prem declined to put Mill through O&D test without direction from #LFC board. "We will continue to take direction from board"

Let's hope the "taking direction from the board" means having nothing to do with Hicks and Mill Financial.

Apparently the crazy is about to commence, which is right on time, because I'm headed out the door for work. Check the Guardian, check Twitter, check your wildest peyote-induced fantasty---nothing is too far-fetched today. 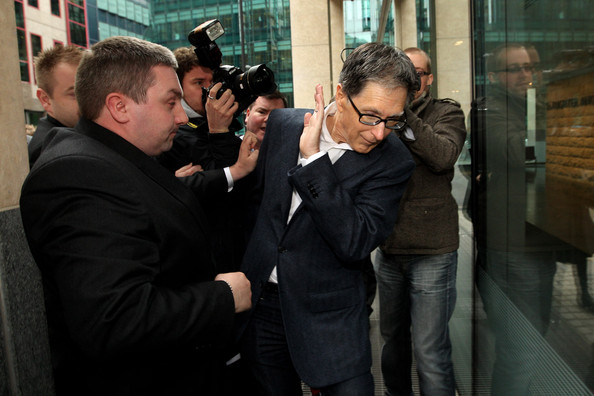 As expected, it's mostly over--consult your favorite liveblog, folks:

"It's an extraordinary swindle and it will result in exactly the wrong thing for the Club and the fans."

Attorneys also stated that protracted litigation concerning the Liverpool transaction will now cause even more uncertainty for the LFC.

"This outcome not only devalues the Club but it also will result in long-term uncertainty for the fans, players and everyone who loves this sport because all legal recourses will be pursued," said Steve Stodghill, the Texas attorney representing the Liverpool owners. "Mr. Hicks and Mr. Gillett pledged to pay the debt to RBS so that the Club could avoid administration that was threatened by RBS. That offer was rejected. It is a tragic development that others will claim as a victory. This means it won't be resolved the way it should be resolved. My clients worked tirelessly to resolve these issues but RBS would not listen to any reasonable solution and the Directors acted selfishly and illegally."

Stodghill said the owners have no choice but to pursue every legal avenue possible, and they will.

"Mr. Hicks and Mr. Gillett wanted to position this club for the future, but others have a different agenda," said Stodghill. "In truth, there is nothing positive from these events for Liverpool Football. That is exactly the opposite of what my clients wanted to achieve."

The only bad news here is that Hicks plans to continue his delusional ramblings, effectively working to run the club into the ground even though he's no longer the proper owner. Which he's actually never been, in any sense of the word. Right now it seems like a waiting game for an NESV announcement---all parties involved in moving the club forward are gathered at Slaughter and May's in London, and apparently there's a press conference coming down the pike.

NEW England Sports Ventures (NESV) today announces that it has completed the purchase of Liverpool Football Club. NESV wishes to extend its sincere gratitude to the Board of Liverpool FC for their diligence and their efforts on behalf of the Club and its supporters.

The transaction values the Club at £300m and eliminates all of the acquisition debt placed on LFC by its previous owners, reducing the Club’s debt servicing obligations from £25m-£30m a year to £2m-£3m.

My god it's actually finished. Meetings etc for me in the past hour and for hours to come, but Noel gave a useful link for BBC coverage that's worth checking out. Is this actually happening?