Share All sharing options for: Liverpool in High Court 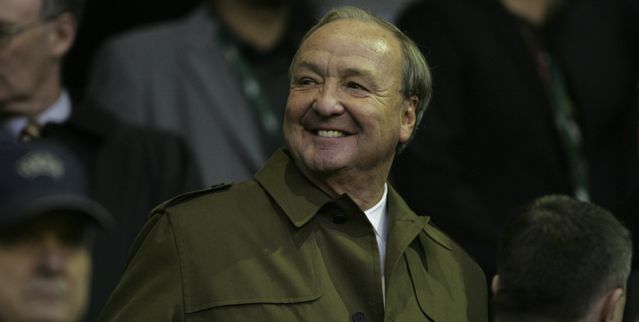 "The one thing that doesn't abide by majority rule is a person's conscience."

Just your average Tuesday, I suppose.

Thanks to Grubb in the comments section of the previous post for sharing a link to the Guardian's live blog coverage of Liverpool in high court. Yes, a live blog. Of court.

The truth is that it's pretty riveting stuff, even if it's largely a farce at this point. But it's also true that there's far more here than I'm capable of explaining. For that, I point to Paul Kelso, from the Telegraph:

Tuesday’s RBS action, scheduled to be heard before Mr Justice Floyd at the Royal Courts of Justice, is the first step in a two-stage process that Broughton hopes will allow him to complete the sale to NESV. At the heart of the issue is the constitution of the Liverpool board, and whether he and his fellow non-owner directors have the right to agree to sell the club despite the objections of their majority shareholders.

Hicks and Gillett, who believe the NESV offer undervalues the club, attempted to block the sale last week by sacking Christian Purslow and Ian Ayre, who with Broughton formed a majority in favour of the deal.

Broughton rejected the Americans’ intervention and continued to make an agreement with NESV, arguing that the co-owners were in breach of legally binding undertakings they gave to RBS as a condition of the extension of their financing agreement with the bank in April.

Today as a D-Day of sorts, then, turned out to be jumping the gun a bit. We've known this could drag out for a bit, but I think we've also been hoping for some sort of haymaker that completely knocks Hicks out of the picture. For that we only have the hope that Broughton's on firm ground regarding the terms of position---most notably his abilities as appointed by Hicks and Gillett.

I'm hesitant to get into the implications of the Peter Lim reports, mostly because I'm not optimistic about a bid that's a) tabled on the eve of a court case; b) come after a deal has already been agreed between 3/5 of the board and NESV; and c) has been used as evidence by Hicks and Gillett. Doesn't seem like the most honest of proposals for some reason.

Apparently there's some sort of resolution due soon---not sure if this means there's a segue to the next part of the process, shackles and chains for George and Tom, or more worrying to go along with the usual fear that accompanies the final day of international duty. I remember when international breaks were just plain boring.

I'm the picture of calm, why do you ask?