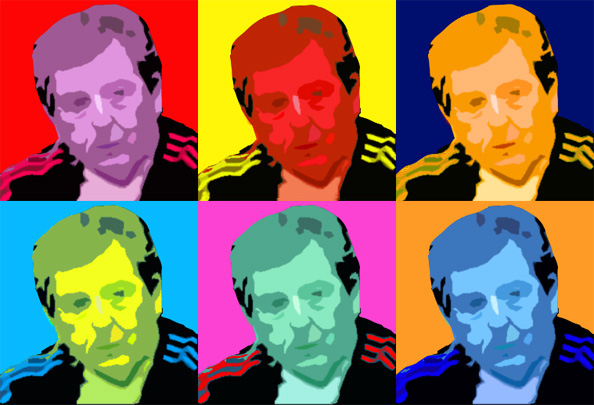 "Oh," I say, "I guess I must have missed the part where there was action in their end. Was it somewhere in between the last-gasp saves and players clearing it off their own goal line then?"

"Well, Utrecht did well. They were as determined and committed as we expected them to be, so we had to be at our best defensively and we were."

"That what they calling it when Carragher and Skrtel switch off and have to be bailed out by a scrambling Kelly now? 'At our best defensively?'" I'm not sure he heard me. I sighed and reached forward, taking my half empty cup of coffee off the table and trying to focus on the warmth in my mouth instead of the blood pounding in my ears. I noticed he hadn't put his cup back down on the coaster and moved it for him. He didn't seem to notice.

"We saw some very determined chasing down from the Dutch forwards, their crossing and attacking the ball from crossing was good and it was easy to see why Utrecht have got a very good home record."

"I know they're good at home," I say, "but aren't they twelfth in the Eredivisie with six wins and four losses right now?"

"It's a good point to take back to Liverpool. Four points out of two games. It's the first time we haven't won one of these games but to be honest it would have been unfortunate for them if we'd won the game tonight. They would have felt hard done by."

"Oh come on," I say. "Not this shit again. Really? I mean, really? It would have been a shame if we'd won it in injury time? Unfair to them? Well then maybe we could have set out to win the match in the first place rather than rolling out not to lose with a deep line and horrible possession play and nobody seeming to give a damn--including you sitting unconcerned there on the bench. All that and still needing Meireles to clear it off the line in order to not lose."

He shrugs. "For me, a draw was a more than satisfactory result."

"More than satisfactory? I'd say it just gets more comforting each time you say that. I mean, the worst part about the international break coming up is I might have to wait a couple of weeks to hear you talk about how draws are good enough. More than good enough. Especially when we've been outplayed in them."

"I think the group is going to be very tight," he says, defensive. Maybe he'd finally heard some my objections. "The other game finished in a draw. We're top with four, then Utrecht and Napoli with two points, and Steaua Bucharest with one point. It's already quite close and I think it will be close right until the end with the way this group is panning out."

"So we're looking for others to do our work for us now? That's the new Liverpool way? Eek out a lucky draw and hope the results fall right?." I sigh. "Fine, okay, whatever. But what the hell were you thinking, playing Meireles on the right like that?"

"Well, we don't play with wingers," he says. "The way he plays and the way Joe Cole plays, we think it's more than suited to their qualities."

"Now wait just a damn minute. So you're telling me we actually are trying to play a 4-2-3-1 with a backline so deep Reina's providing cover from a defensive midfield role? Well, I mean, I suppose it's good that you're worrying about what's best in attack for players like Cole and Meireles, but you do know it's about trying to build an attack, and that requires the entire team? And maybe a bit of width, whether it comes from Johnson or... well, somebody other than Meireles, probably? That'd be nice, too, while you're worrying about where Meireles and Cole are most effective playing from."

"Well," he says, "I was just watching film of this new formation they're trying over in Brazil. Looks exciting; think I could change the face of English football with it."

"Wait, I..." I hold my hand up to my forehead. "I don't think the 4-2-2-2 is exactly cutting edge any more. And it still counts on width coming from somewhere. That somewhere being the fullbacks. Which doesn't tend to work when your fullbacks are coming from their own goal line and one's a converted center back on his off wing. Do you like this? Giving me a migraine? Do you take some perverse joy in it?"

He looks taken aback for a second, hurt even, and I wonder if I've been to harsh as he stares at me with a slightly puzzled look on his face. Then he says, "I do believe that you're bleeding out your ear."

I put my fingers up to it. They come back wet and red. "That can't be good," I mumble. "Still, I guess it was only a matter of time, all things considered."

"Whoa!" he shouts. "Must've gotten a good two yards with that last one!" he covers his mouth with his hand, then buries his face completely. "Need some tissue?" he says through fingers. I can see one eye staring at me. "I always carry a pack of tissues in my jacket pocket."

"No, no," I say, getting up and motioning for him to stay seated, "I've got some right here." I walk across the room and grab some kleenex from the nearby desktop, trailing red on the carpet as I go.

"Still, you might want to go and see somebody about that. Couldn't ever be a good thing, I don't think, to be bleeding from the ear like that." He peeks both eyes over his fingertips now.

"I'm just trying to help," he says. "I could give you the number for my doctor. Nice guy. Bald. Bit of an accent, though. Don't think he's local."

"Don't worry about it, I'll be fine." It's hard to stay angry at him. After all, he's just so nice. And it's hard not to want to hope, "Just not what I needed, on my first day here and all, but I'll clean it up and see if I can get myself together for something better in a couple of hours."

"Always gotta get out there and do your best, even if it's tough competition. Stay tight, defend deep, don't make it easy for them to get around you."

"Point taken," I say, "but I don't think blood spraying from my ear canal is really analogous to how you set up against Birmingham. And don't you have a press conference to get to? Or something? Away from here? I mean, I like you as a doddering old uncle, but could you please... just... be somewhere else right now?"

"Oh!" He seems surprised. "I hadn't even realized that much time had passed. I guess I really should go. Still, I don't feel right, leaving you with your ear like that."

"Thanks, but I'm fine." I try to laugh. "Has anybody ever told you you're a really nice guy?"

"Oh, all the time, son," he says as he gets up and claps my shoulder. "All the time. Just take care of yourself, get patched up, and see if you can't come out a little stronger after a short break. That's what I always say."

"I'll try," I sigh. "And good luck with that press conference. Now can you please leave so that I can try to get myself cleaned up?"

"Fine, fine," he says, holding up his hands defensively. They're very close to his chest. When he walks to the door he puases, indecisive before turning back towards me: "You know, though, I think we can get some use from Raul Meireles there with his passing ability."

"Crap, there goes the other one."