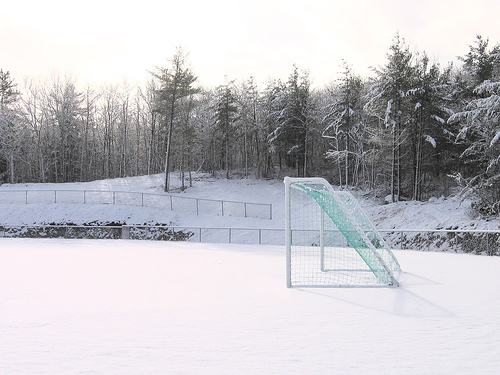 Confirmation from the Premier League that Sunday's fixture with Tottenham is among those postponed.

The following five Barclays Premier League fixtures due to be played this coming weekend have been confirmed as postponed following safety advice:

In all five cases local statutory bodies advised the Premier League that it was not safe for the matches to go ahead.

Premier League rules state that League matches cannot be postponed or abandoned except with the approval of the referee or by order of the police or other authority exercising its statutory powers to that effect.

A Premier League spokesman said: "It is unfortunate that these matches have had to be called off, however the advice from the statutory authorities in light of continuing adverse weather conditions was to postpone.

"Clearly the safety of supporters in these circumstances is paramount and the League and clubs have acted quickly to ensure as few unnecessary journeys are undertaken as possible.

"Fans are advised to monitor club websites to keep up to date with any further developments regarding the weekend's remaining Barclays Premier League fixtures.

"The Premier League will work with the clubs concerned to reschedule postponed fixtures as soon as practically possible."

This makes justifying a Bloody Mary breakfast quite difficult. But it does allow for a nice theory from nate at oh you beauty.

And continued news about the exits of Dossena and Voronin...the Italian left-back made the move to Napoli for £4.4 million, and the club has agreed to terms with Dynamo Moscow for £1.8million for the third Nelson brother.

Harry Redknapp twists the knife juuuuuuust a bit here, talking about the irreplaceable Robbie Keane. I wonder if he'd sell him for £20 million so long as it was guaranteed he wouldn't play much, have his hopes of making an impact for his boyhood club dashed, and would be sold back for much less after one half of the season...

This means we wait until Wednesday (hopefully) to see Liverpool back in action, when they take on Reading at Anfield in the FA Cup third round replay. As usual, I'll be back whenever there is something of note, or after I drink more whiskey.

And a last bit, really sobering stuff out of Angola, where rebels have attacked the Togo national team, killing the bus driver and injuring multiple players. Scary, horrible news as the ACN gets nearer. Hoping for a speedy recovery for those injured.