Share All sharing options for: FA Cup 4th Round Draw: Planning for Uncertainty 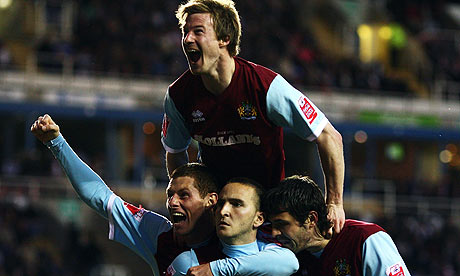 Burnley awaits the winner of the 3rd round replay at Anfield.

Bit of an uneventful weekend on the whole in the 3rd round of the FA Cup, other than Leeds beating United at Old Trafford through Jermaine Beckford's 19th minute goal. Including Liverpool, 16 Premier League teams are still alive in the competition.

At this point there's really no sense in getting too ahead of ourselves--Liverpool were certainly less than flattering on Saturday at the Madejski, and despite their struggles in the Championship, Reading looked the side more likely to advance. Most of the post-match news has focused on the poor play of the back line and Emiliano Insua in particular. Jobi McAnuff gave him absolute fits, and the young Argentine presented little in the way of threatening forward movement. I think Liverpool needs some big-time cover at the wingback spot while the window's open, considering the prolonged recovery of Martin Kelly, the indefinite absence of Glen Johnson, and the inconsistent form and fitness of Insua and Fabio Aurelio respectively.

Conversely, Stephen Darby drew rave reviews for his play at right back, and rightly so. As I mentioned briefly yesterday, he found himself in plenty of big spots and never came up short. He was good in the air despite his slight frame and looked to be a step quicker than the last time we saw him against Fiorentina, when his unfortunate turn led to the Italians' winner. Whether it was settled nerves or improved form, he was the bright spot in a back line that was unquestionably shaky. I'm not convinced that he's enough, but for now he'll apparently have to do.

The struggles of the back line were covered up by another positive performance from Pepe Reina, but there was little to shout about in midfield or up top. Rafa's decision to switch to a 4-4-2, with David Ngog partnering Fernando Torres, didn't pay off, and Liverpool again looked starved for ideas. And as this display from the Telegraph shows, Liverpool failed to create width and were again congested in the midfield. 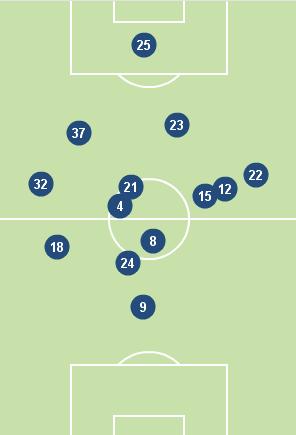 Whether or not the stats are to be trusted is one thing (considering they have Insua at 1% defense...which, come to think of it, might actually be accurate), but it does underline a scary tendency for Liverpool to focus on pushing nearly everything and everybody through the central part of the pitch. I'm probably beating a dead horse here, or maybe the wrong horse entirely, but without any true wingers it's difficult to see how Liverpool can stretch any opposition, even the 20th place team in the Championship. Albert Riera's return may help, and the possibility of adding Maxi Rodriguez on loan could be useful, but currently it's no surprise to see Liverpool stifled match after match. And while Torres always looks up for it, it's difficult to grade him on a match-to-match basis when he gets little to no service, even if he almost notched the winner in the final moments. Same story for Aquilani, who truly struggled after coming on, but it's tough to find fault with another attacking player who failed to influence the match.

This weeks seems especially slow in light of the crowded holiday fixture list, and it'll be a long week for Liverpool to sort it out. I don't want to get too far away from what was a massive win for the club at Villa Park, but I guess taking things game-by-game lends itself to a few more highs and lows.

Updates as they come during the week, with few rumors in the transfer window other than the aforementioned talk about Maxi Rodriguez and Rafa distancing the club from Ruud van Nistelrooy.