Liverpool 2, Tottenham 0: Ugly, With a Touch of Brilliance

Share All sharing options for: Liverpool 2, Tottenham 0: Ugly, With a Touch of Brilliance 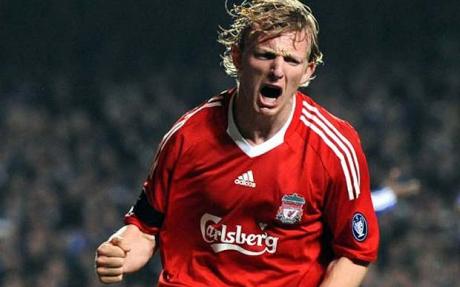 Just when I think I'm out, you pull me back in again.

A side lacking in star power, buoyed by the presence of the league's biggest flop in central midfield, a right winger who has been all but anonymous since his arrival, and a center back who, until Saturday, hadn't seen any action on the pitch since November--and was a waste of money to that point.

So of course Liverpool come away with the three points, in a match that finally married optimism with reality, and effort with result. Left quite a bit to be desired in terms of aesthetics, but nothing could be less important, and Liverpool bring themselves within a point of fourth.

Until they're torn away by the Premier League overlords:

It's not quite home free, but it's a world away from 0-2 at Fratton Park. Back tomorrow with more.