Shattered: Torres Out for Six Weeks

Share All sharing options for: Shattered: Torres Out for Six Weeks 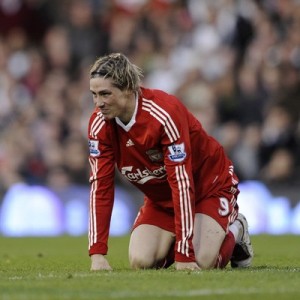 Inury news from the club today, and it's absolutely awful.

"Steven Gerrard and Fernando Torres both underwent scans earlier today after coming off in the FA Cup tie against Reading.

"Steven has a hamstring strain and will be out for a fortnight, while Fernando has torn a cartilage in his right knee. The injury will require surgery and he is expected to be sidelined for six weeks.

"Yossi Benayoun also suffered a fractured rib in the game and will be unavailable for between three and four weeks."

Things just got a whole lot dicier for Rafa Benitez and his men...a starting eleven that sees three of its regulars go down in a 2-1 clusterf*ck loss, two (Riera and Johnson) struggling to regain full fitness, and a gaggle of merry men on the bench that have played either sparingly or poorly. Time to band together.

I don't see any other way for Liverpool to be competitive (and that might be a big ask) than to switch to a 4-4-2. The injuries take Rafa off the hook for the time being to make a choice between Kuyt and Maxi, as now it's only logical for Kuyt to partner with someone up top. Maybe getting a bit ahead of myself, though, as the Rodriguez deal still needs international clearance. Even Torres has struggled to operate by himself as the lone striker, and putting Kuyt, Ngog, or Babel alone certainly wouldn't make things any better. For fans of the TV show Friday Night Lights, Liverpool has become the East Dillon Lions. Buckle up, and hope Rafa has more Eric Taylor in him than we thought.