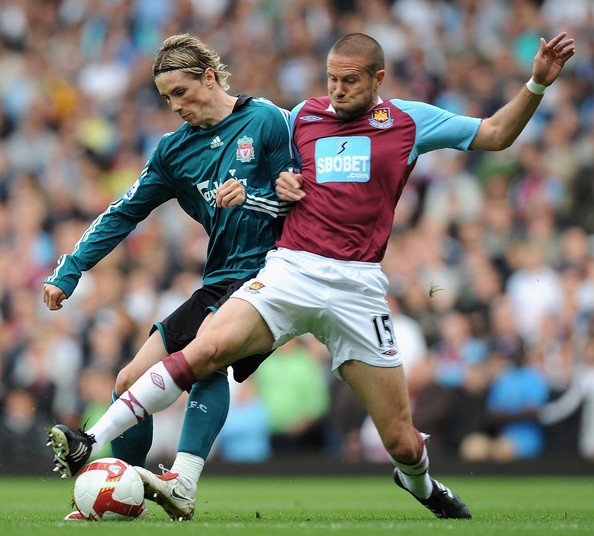 Liverpool travel to Upton Park today to face a Hammers side that has 4 points from 4 games, losing away to Wigan their last time out. Last time the Reds visited the Boleyn Ground they cruised to a 3-0 win, with Gerrard netting twice and Ryan Babel finishing the scoring off late.

This time out could be different--Liverpool are a club desperately in need of finding consistent form, and the performance against Debrecen on Wednesday was less than encouraging. West Ham will play to score, though, and a more open match may suit the Reds.

Masch returns to the starting eleven after missing the previous two with a pelvic injury, which means Gerrard pushes further up the pitch. If I'm honest I think the side is better right now with Gerrard deeper in midfield--this plays to Yossi's strengths, allows Gerrard to distribute, and presents more diversity in the defensive midfield. For me, Lucas and Masch are simply too similar to partner in the central part of the pitch, and it prevents fluidity in moving the ball through the midfield. It also pushes Riera to the bench, who had a good match against Debrecen midweek and gives Liverpool more in attack.