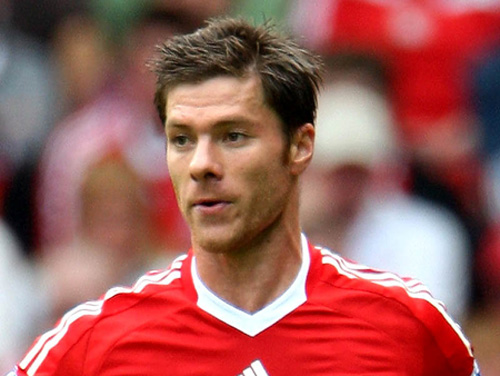 The midfield maestro, Spanish international, Xabi Alonso, is set to be joining Los Blancos (ugh) after a transfer fee was finally agreed upon. The fee is rumored to be around £30m. This is where I start crying like a girl and cursing Rafa. Relations between him and Alonso first got strained two seasons ago when Alonso missed the Champions League match against Inter Milan to be with his girlfriend who was giving birth.

I don't blame Xabi for wanting to leave after the unsuccessful attempt to offload him last summer. It has to be difficult to play for a manager that you know wants to get rid of you and must be bitter sweet to turn it around and have that same manager practically beg for you to stay. Unfortunately, Liverpool have not won anything lately and a player of Alonso's caliber has a need to win trophies. And now, with this transfer, he can continue to have that need unfulfilled while playing alongside his new overpriced and overrated teammates.

Let's see the good and bad sides of this:

Good: ???
Bad: "Best Midfield in the World" song getting harder to sing.

Okay, so obviously I'm a little bitter. When one of your best players who is critical to the club gets sold, it always hurts. The rumor is that we will land Alberto Aquilani from Roma after this, but even if we do, we do not know how he will fit into our system. Steven Defour is the other rumored possibility from Standard Liege. He's younger and cheaper, but much less experienced.

Blech. I'm going drink and refuse to stop until we can win a friendly without losing by 3 goals.