The Reds come to town!

Share All sharing options for: The Reds come to town!

First of all, apologies all round for disappearing and props to Ed for holding this place up.
Thanks to CSD for hauling his arse back here. We missed you. Now that the sappy stuff is out of the way, here's The Match!!

The last outing by Liverpool to Singapore was waaaay back in 2001 & I cannot believe it's been 8 bloody years since they played here.
It's virtually impossible to actually enjoy a live match, keep time, spot who's on the ball and write a match report at the same time. So for all of you who are expecting a report, please refer to link above. Besides, I spilled my beer and was too grouchy to write anything.

We arrived just 15 minutes before kick-off and had to settle for seats high up the stands. We could have been sitting on the moon and it wouldn't have made a difference. I could only spot pony-tail Veronin & chrome-dome Reina, among others. Nadia managed to sneak into the North stand where the tunnel was but we had to settle for South. Bugger.

The crowd was amazing. Made me wonder who the home team actually was! Being in the stadium itself while the crowd sings "You'll never walk alone" sends shivers down any fan's spine I swear.

Here's my take on the match:
The 1st half was a scrappy affair with Rafa fielding mostly fringe players but most notable was Benayoun's terrorizing runs down the left and Veronin's efforts to chase down every ball and drives into the box. Glad to see his efforts rewarded with a goal inside injury time. Makes me wonder if this is the season for him to step up and be counted upon as a good back-up for Torres. Babel had a good run-out and was replaced by the arguably more effective Riera. Perhaps it was Riera's wider play that afforded him more space to put in some decent crosses but I think that's a better tactic against a defence-minded Singapore team.

The crowd was screaming for Torres to come on and he did. I swear I heard girls creaming his name from across the stadium whenever he touched the ball.

The Reds really wiped the floor with our national side when Xavi & Dirk joined the fray. Kuyt underlined his importance to the team with a stunning performance creating a bagful of chances. But it was Alonso who stole the show. Caught in the uncertainty of his future, the Kop end cheered everytime he touched the ball.

I don't know about you lot, but I feel Nemeth is turning out to be quite a class act as well.

Kudos to The Reds for enduring a punishing Far Eastern tour as they flew off the same night the match ended. It was truely a magical evening for us. Next up, saving enough for a trip to Anfield for a proper Premiership match!!! I'm open to sponsors, anyone???

On another note, The Asian Persuasion has been stalking Liverpool around town all weekend, and managed to snag seats just above the players' tunnel. I'm jealous.

Also, apologies for the blurry pictures. It's hard to have a beer in 1 hand and a camera in the other! 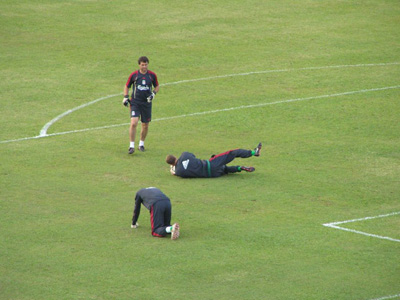 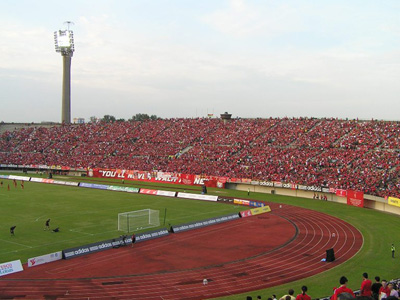 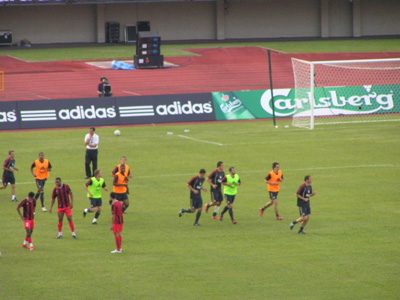 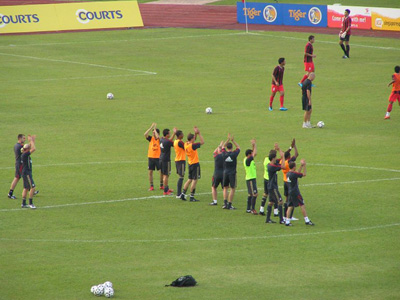 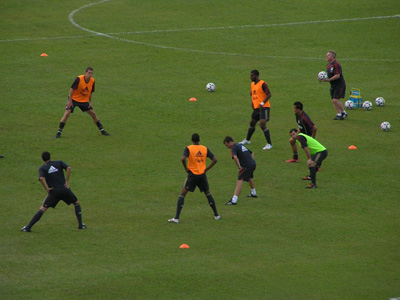 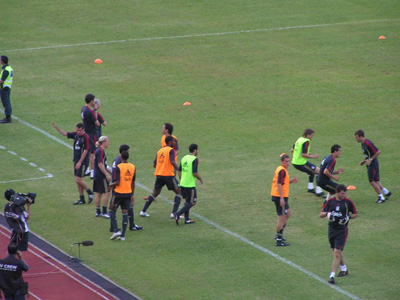 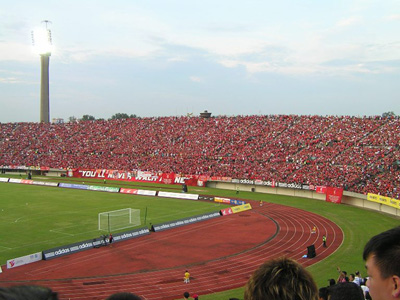 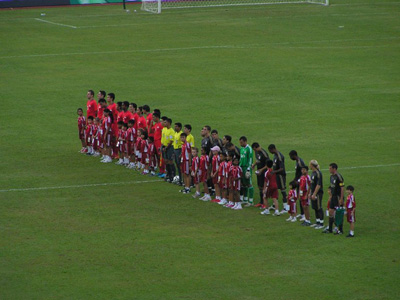 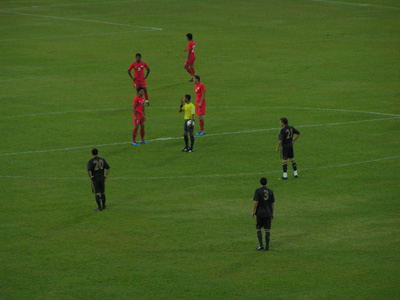 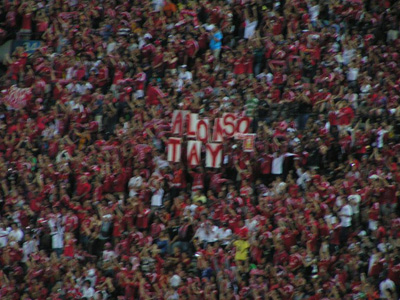 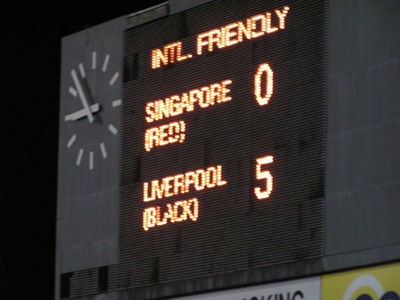 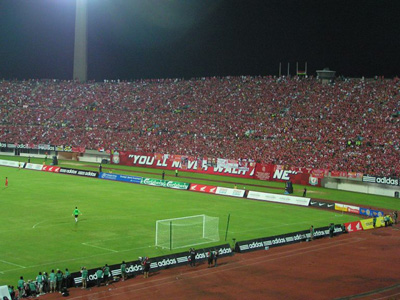