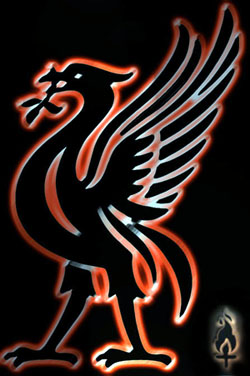 In short, that was awful. Credit to the Spurs for putting up a good fight and having a nearly impenetrable defense. Some of the officiating was unfortunate towards the end, but that's how it goes in this league.

Babel started, which was a shocker. With Benayoun available, he should have definitely been the first choice. There was much more energy when Yossi eventually came on for him, but the Reds still couldn't put anything together. Nothing seemed to be clicking between the players. Missed passes, center backs running into each other, oh my. As if we did not have enough defenders injured, Carragher head butted Skrtel in the jaw when they went for the same ball. We'll have to wait and find out how much damage was done to the big man, but he did not look too happy. Daniel Ayala, an 18 year old Spaniard, eventually came on for him and did pretty well.

Insua was decent and Johnson made a few runs forward that looked dangerous, one resulting in drawing a penalty after he was laid out by Spurs' goalkeeper, Gomes. He also showed that he can put in a good cross, but unfortunately Torres couldn't direct it in.

I think our biggest fear has come true, because the midfield is really where we were lacking today. No one showed today that they are capable of creating chances and space like Xabi Alonso could. The best of the worst would have to be Reina or Johnson. It's a sad feeling when you have to say your keeper was one of the best performers, especially after losing.