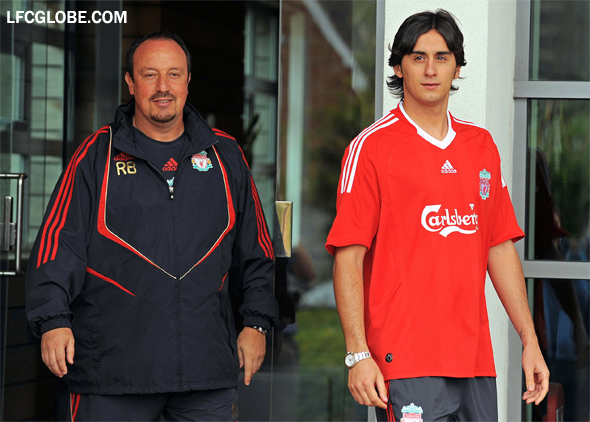 More Aquilani news today as the new midfielder was unveiled at the Melwood training facility. At the press conference, he spoke of how chats with John Riise helped persuade him to join the Reds.

"Obviously I am a friend of Riise's and he's spoken a lot about Liverpool to me," Aquilani told reporters at his unveiling on Thursday. "I've spoken to him about the Kop and the great fans and I can't wait to start.

"I have never played at Anfield but I have heard a lot about the unique atmosphere you breathe there.

"Rafa Benitez was very important in me coming here. Riise spoke very well of him and said he could help me grow as a player."

It's always nice to see former players speaking highly of the club. If nothing else, players like Riise and Sissoko will be missed for their class. And speaking of class, it looks like Aquilani will don the #4 shirt vacated by Anfield legend, Sami Hyypia.