Arbeloa Out, Xabi Next?

Share All sharing options for: Arbeloa Out, Xabi Next? 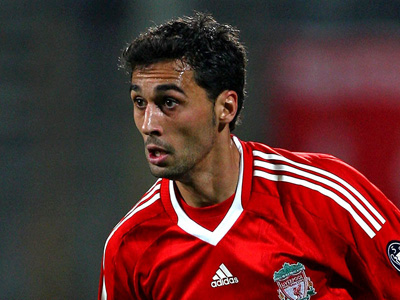 Well...crap. One of my favorite players is now off to Real Madrid. Although, I'm not totally surprised after the signing of Glen Johnson. The fee is reported to be around £3.5million which seems really low to me and makes me really worried about the Xabi Alonso situation.

Arbeloa was heavily rumored to be part of Real's raid on Liverpool and this might be related to that. And with reports of Benitez telling Xabi to sort out his move by midnight, it seems all but inevitable. More than likely, the fee has been agreed on and they're trying to sort through his personal terms before it all goes public. Of course, that's just my opinion. I didn't goto football transfer school.

I was just thinking today about how I thought we were done buying, but when Xabi goes, someone will obviously have to be brought in to replace him. Gerrard could go back to playing CM, but then who would pair up with Torres? We need either a proven striker or play making midfielder and the options right now seem pretty grim. Bah, I shouldn't worry. Lucas will be our savior, right? Right?