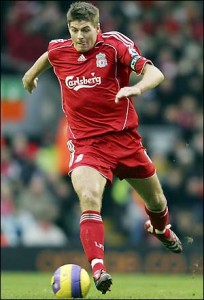 It's still unclear if it was the goal within ninety seconds, the funeral parlor atmosphere at Upton Park, or the aesthetic nightmare that is Liverpool's third shirt that I found to be dulling, but this one was rarely exciting. It's not a matter of being disappointed in the display, because three points is three points, but there was something missing for me as the final whistle blew. Is this my general melancholy about the inevitable death of the season? Growing pessimism about dwindling title hopes? Can this Liverpool side really make matches boring against sides that don't fold like cheap origami? I'm inclined to say it's the third, especially considering the second half was a foregone conclusion even as West Ham continued their fight to create chances and get forward. And yet I was able to follow the entire thing, a 3-0 display of proactive aggression that was methodical from the outset. We're talking complete frontal lobe football, all executive functioning and little to nothing basal involved. Which is something damned impressive when you think about it, considering Liverpool's most calculated player didn't even make the trip to London.

As it turned out the game was settled in the second minute, with Fernando Torres slicing one through the West Ham backline to play in Steven Gerrard, who capably rounded Robert Green and poked home to make it 1-0. It literally happened before anyone could get settled and you could feel the air sucked out of the home crowd. But unlike last week, when 1-0 was a space the size of the Grand Canyon, Liverpool were forced to defend due to a pressing West Ham side. Mark Noble was largely the reason for this, pushing his side forward and testing Liverpool's defensive prowess. Liverpool sunk back, though, rebuffing any West Ham attempt without allowing them to really test Pepe Reina.

Liverpool had their second goal (and 100th of the season) in the 38th minute. Yossi Benayoun, continuing his torrid run of form, got Torres loose in the box, and Boa Morte clumsily dragged him down for a penalty. It's worth noting that minutes earlier Boa Morte was the victim of a crunching tackle by Javier Mascherano at the other end, and from that point on he looked a man that was seizing on the brink. Regardless, Gerrard's spot kick was saved well by Green, but the skipper was on hand to punch it home and give Liverpool a 2-0 lead. West Ham were almost back within a goal after five minutes, however, and Liverpool were lucky not to concede in the 43rd. Jamie Carragher's Charlie Brown moment at midfield allowed di Michele clean through, but a heavy touch trying to round Reina saw the threat lifted, and to make matters worse di Michele was rightly booked for simulation when he flung his leg out to make contact with Reina. A chance wasted for West Ham, and, save for another di Michele chance in the middle of the second half, it would be their last of the match.

Liverpool brought things to a grinding halt in the second half, making it continually difficult for West Ham to create anything in attack. The Reds got their third goal in the 85th minute after good work on the right allowed Dirk Kuyt's cross to find Ryan Babel, who had come on in the 72nd minute for Fernando Torres. Babel's header was saved initially by Green, but the rebound fell kindly for the young Dutchman, who tapped it home to settle things.

Steven Gerrard was the clear man of the match today for me-he was at times unstoppable, galloping forward in attack and partnering with Fernando Torres on many of Liverpool's best forward movements. I think part of this increase in swashbuckling (thank you, Derek Rae) was due to the absence of Xabi Alonso. I don't think Alonso holds Gerrard back, but today there was clearly less organization in midfield even with the amount of control with which Liverpool played. I say that in the same breath as noting that this was probably Lucas' second-best display all year (Newcastle at St. James' Park being the best) and Masch was predictably ruthless. And Dirk Kuyt, with another tireless performance that saw him all over the place and a constant threat in attack, seems to have slowly and painfully worn me down. Andy Bernard would be proud.

Ignoring Carra's whiff towards the end of the first half, the defense was also impressive on the day, chalking up another clean sheet. There truly was little of note for West Ham in attack despite their best efforts. I would have liked to see Daniel Agger in the squad, but after some forum-based research (the most reliable kind) I found out he is soon to be a father and was with his wife/girlfriend(?). It was nice to see Insua come on and perform well, and while I don't want to read too far into it, I won't be surprised to see a gradual transition towards more playing time for the Argentinean.

Another three points for Liverpool, and now another 24 hours spent hoping that United drop points. However things turn out, the evolution of this Liverpool side has been great to watch, and you can't help but be optimistic about the future.