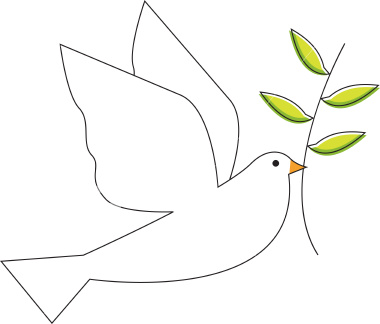 Quite a few talking points from this match--Liverpool did not get the four points they needed, WBA were relegated despite their numerous opportunities, and disquiet in the Liverpool back line.

I can't remember the last time WBA took all three from Liverpool-partly because I wasn't born yet, and partly because I would have made great efforts to block such shame from my memory. Logistics aside, Liverpool traveled to the Hawthorns as clear favorites and on good form, which was bad news for the survival hopes of the West Brom faithful. Tony Mowbray and his side have done themselves proud this season, attacking when others that should have been relegated but survived (apparently along with their bloggers) relied on throw-ins and eleven men in the box. But the debate over becoming a human tree for 90 minutes is for another day.

The pulse-halting result in the United-Arsenal fixture yesterday meant that Liverpool were playing for second place, and any concerns about a lack of intention were halted with the announcement of the starting eleven. Rafa put out arguably his best eleven considering injury and form concerns, and Liverpool looked ready to go. Out of the gates, though, this initial impression was betrayed.

West Brom looked more threatening for the opening quarter-hour, and were it not for Pepe Reina they would have been ahead 1-0 at the least. He made a fantastic double-save on Jonathan Greening as Liverpool continued to make set plays nightmarish. They couldn't convert, however, and in the 28th minute a disastrous turn from Shelton Martis gave Liverpool the lead. The defender inexplicably turned inwards clumsily, leaving nothing between Steven Gerrard and Dean Kiely. The FWA Footballer of the Year made no mistake in chipping past Kiely, and you could almost feel the air sucked out of the Hawthorns.

To their credit, and maybe partially the fault of the Liverpool back line, Mowbray's men had a host of chances before Liverpool got their second. Were it not for some smart tracking back by Lucas after a misjudged onside call, West Brom would have had an equalizer through Fortune, but the embattled Brazilian disrupted the chance. Less than five minutes later the match was settled.

Dirk Kuyt found himself with plenty of space on the edge of the final third, and after some smart dribbling he lashed one into the bottom corner for the nail in the coffin. The only real event of note for the rest of the match was the infighting between Jamie Carragher and Alvaro Arbeloa. Fortune again had space in the Liverpool box, and Arbeloa was a bit lax in closing down, but after the ball was cleared there were moments of madness. Carragher exampled quality closing-down with the assistance of explatives to Arbeloa, who took exception to the on-the-job training. Xabi Alonso had to separate the two defenders, but it was clear even after the match that the matter was not settled, as Alonso and Carra were seen having a less than jovial discussion. Maybe it was because they were both shirtless, but it looked uncomfortable.

Besides the near homicide committed by Carra, it was very much a typical late-season fixture when there was nothing left to play for from the Liverpool perspective. Some of the younger members of the squad saw extended playing time, but besides Lucas and Pepe Reina I can't pick out anyone of note. Lucas has played well two weeks in a row, leading me to believe that if there's some way he can be hypnotized into thinking that he's taking part in low-pressure matches for a full season he could be a real asset. And Reina was again spectacular, especially in the first half. In addition to Martis he could be the one pointed to as a heavy contributor to West Brom's relegation woes.

Despite the certainty that title dreams are dead, Liverpool have already earned 83 points this season, their highest total yet, and they still have the Robbie Keane testimonial left to play. Sobering to think that if points were only counted for the first and final third of the season, we would see Fernando Torres doing a homoerotic interview with an ESL countryman. Who cares about December and January anyway. Alas, it was not to be. Next Sunday will wrap things up, and let's hope that Liverpool can give Sami Hyypia a proper Anfield sending-off.