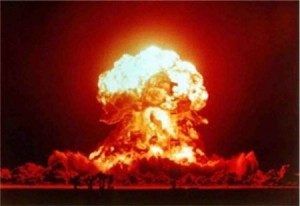 Surely this is the end. Two teams that, according to 99% of the bloggosewer, are incapable of exciting football. Liverpool trailed 3-1 on the way in, Chelsea at home in everyone's favorite mausoleum, and Guus outclassed Rafa all ends up in the first leg. And the cherry on top for Liverpool came an hour before kickoff when Steven Gerrard was ruled out.

Cut to two hours later and I am bewildered and drunk. I'm completely spent. What an up and down match.

Up one, up two, up one, all level, down one, all level, up one, and the killer strike from Frank Lampard to level it literally and figuratively. Liverpool never drew level on the tie, but were certainly capable. In all honesty this match was played without Steven Gerrard and Fernando Torres, but Liverpool had one of their finest attacking displays in terms of output all year.

Fabio Aurelio wrong-footed Petr Cech from 35 yards out to open the scoring in the 19th minute, and while it was certainly clever from Aurelio, I'm not sure that a bouncing ball should wrong-foot anyone from 35 yards. But 1-0 to the good. Within ten minutes it was 2-0, as Xabi Alonso took his penalty in the 28th well after being dragged down by Ivanovic in the box on a long free kick, again from Aurelio. A couple of close chances as the half ended, but after 45 it was 2-0 Liverpool. Dreamland?

Chelsea came out slightly better in the second half and had plenty to show for it--Drogba's slight touch unexplicably beat Pepe Reina at the near post in the 51st, then Alex hit an absolute belter on a free-kick in the 57th to level the fixture. When Frank Lampard slotted past Reina in the 76th, it looked to be completely and finally over at 3-2, 6-3. Fernando Torres came off, seemingly a white flag for Liverpool.

But in the 81st, Lucas' drive from outside the box deflected off Essien's chest and beat Petr Cech. 3-3. Hope, Lucas be thy name. And then the cruelest of fates, another goal for Liverpool in the 82nd, this from Dirk Kuyt's head, making it 4-3 to the good, and Liverpool only needed one more to advance. Never has a heart worked so hard sitting in a chair.

And as if he could sense my heart failing with each passing second, Frank Lampard finally put things to bed in the 89th. Consistent with the previous 179 minutes, Liverpool's defense was simply not good enough. Possession given away, too much space in the box, and Lampard curled one past Pepe Reina. Fitting end to the tie, and finally my blood pressure could lower.

Obviously it's disappointing, but I think Liverpool can be proud of the account they've given of themselves. They came in needing an extraordinary result and nearly pulled it off without their captain and with their top striker gone missing for most of the match. I can't say exactly what went on with the back four...it must be the attacking responsibilities given to the fullbacks that created so much space for Chelsea, but I can't remember Liverpool being spread so thin across two ties. Despite this, I'm exceedingly proud of the way Liverpool played today. Both teams pushed the limits of the other, and it's unfortunate that Liverpool came out on the short end. Little comfort, though, as a Liverpool loss always ruins my day.

A final note--Didier Drogba is an abortion of a footballer. No question about it, my hatred for this man knows no bounds. Rolled back onto the pitch after feigning injury out of bounds early in the match, fell every time contact was made, and capped things off making a meal out of nothing to waste time at the end, then sidled off the pitch at a leisurely pace. I felt Chelsea on the whole went to ground quite a bit today (29 fouls won) and were rewarded for it, but he was far and away the worst offender. Sure, everyone flops here and there, Liverpool certainly aren't immune. But for me, Drogba marred what was otherwise largely a classy match between the sides.